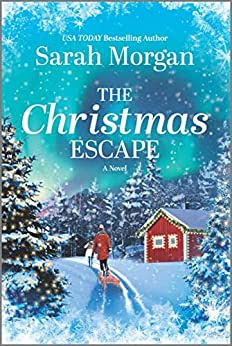 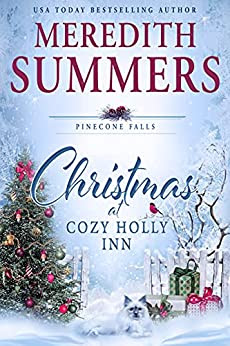 Blurb:
A sweet, cozy small town holiday romance perfect for snuggling up by the fire with a steaming mug of hot cocoa and a cat or two by your side.

When Julie Green’s ailing grandmother asks her to arrange one last party at the old Inn she used to run, Julie can’t say no even though the last thing she wants is to leave the city for middle-of-nowhere Vermont. Even worse, Cozy Holly Inn is in disrepair, there’s a persnickety cat hiding in the basement and the family of grinches who own the competing inn down the street seem determined to ruin her chances of success.

Nolan Miller retreated to Pinecone Falls, Vermont, to heal his broken heart and help his grandfather run Barrington Lodge - a rustic old bed-and-breakfast that has been in the family for generations. This year, though, he needs to find a way to get his Christmas spirit back before he turns into a grinch like his father and grandfather. But even if he gets his spirit back, he’s not letting anyone in again, especially not Julie Green who has made it clear she’s leaving town as soon as she can.

But when Julie needs help, Nolan can’t say no and putting the party together makes Julie realize that small town friendships might have more to offer than big city lights.

Kringle, the cat, only wants a warm home and his forever human. This girl, Julie, does not seem to fit the bill no matter what the nice lady at the animal shelter told him. Julie knows nothing about cats so he will do his best to get her to return him to the shelter. But as the week unfolds, Kringle discovers that people can change in surprising ways and sometimes what you thought you wanted, isn’t what you really needed at all.
First Lines:
"Vermont can't be that bad.  I bet it's pretty with all the snow."
56%/Page 56
It shouldn't have come as a surprise to Nolan to see his father's expression darken.
~~~~~~~~~~~
What I'll (Probably) Read Next: 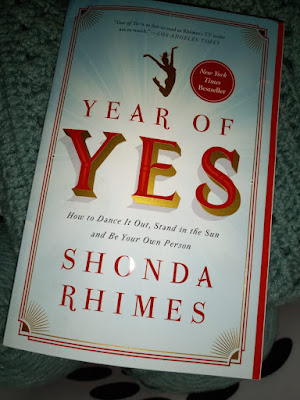 Blurb:
In this poignant, hilarious and deeply intimate call to arms, Hollywood's most powerful woman, the mega-talented creator of Grey's Anatomy and Scandal and executive producer of How to Get Away with Murder and Catch, reveals how saying YES changed her life - and how it can change yours too. With three hit shows on television and three children at home, Shonda Rhimes had lots of good reasons to say no when invitations arrived. Hollywood party? No. Speaking engagement? No. Media appearances? No. And to an introvert like Shonda, who describes herself as 'hugging the walls' at social events and experiencing panic attacks before press interviews, there was a particular benefit to saying no: nothing new to fear. Then came Thanksgiving 2013, when Shonda's sister Delorse muttered six little words at her: You never say yes to anything. Profound, impassioned and laugh-out-loud funny, in Year of Yes Shonda Rhimes reveals how saying YES changed - and saved - her life. And inspires readers everywhere to change their own lives with one little word: Yes.
~~~~~~~~~~
Book Haul: 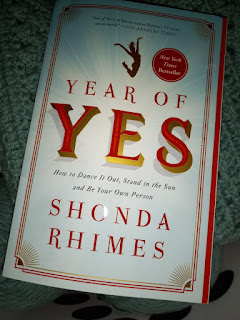 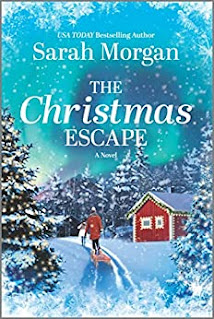 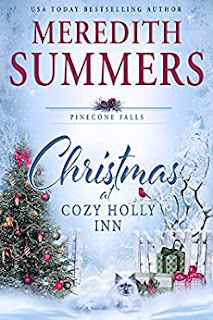 ~~~~~~~~~~
Book Blogger Hop:
Q.  If you were in a book, would you rather be the main character or in the background? (submitted by Julie @ JadeSky)
A. I would definitely want to be a main character.
OR
Start as a background character, but have my own story in the sequel :)
~~~~~~~~~~
Bookishly Yours,