There was the normal hecticness (word?) of housework, kids, etsy orders etc.  The "manageable" routine has been coming along bit by bit.

Wednesday afternoon my mom, Aunt Donna, Steph and I left for a 3 hour drive to my cousin Eric's house in Virginia.  We stayed the night and then got up early Thursday to go the hospital with him for a biopsy he had to have done.  All went well and he is now waiting for the results.  Please say a prayer that all comes back well!

We got back Thursday evening and I had to make a Wal-Mart run for a ton of yarn for a huge etsy order from a vendor.  I had to pull my mom (she's the one who taught me how to crochet) in to help out on that one.  I was one tired girl by the time I got home.

By Friday, I had caught my oldest daughters virus.  yay...  I didn't feel too bad but I could tell it was coming on.  By Saturday, I was spending most of the time on the couch.  If I walked around too much the rubber legs/body would start.  I kept up with a steady stream of hot tea and Dayquil.

I did manage to get a lot of crocheting done while on the couch and watched the entire season one of Sherlock Holmes on Netflix.  I then found out that season 2 doesn't come out until the beginning of next year.  bummer.  What a cliff-hanger!

Doug cooked and did dishes and took care of the kids' needs so I could "be sick in peace".  lol  He's such a good man.

By yesterday, Sunday, I was feeling a good bit better and made it through Sunday School and Church.  I got home and thought I'd watch the Steeler game but by the 2nd quarter I knew it wasn't going to happen.  I couldn't keep my eyes open!  They were winning and looking pretty good so I crawled into bed for a nice Sunday Afternoon Nap.

We studied Daniel 4 at Coffee Break.  Steph reminded me that there is a Veggie Tale movie about it.  I remember when we used to get every Veggie Tale movie that came out.  We are way behind.  I'm sure there are a ton of new ones that we haven't seen.

So now, it is once again Monday morning (hey, it isn't noon yet!) and I have cleaning to get done.  And laundry.  Always laundry.  And it won't get done by itself :(  Wouldn't that be nice?  Better get to it!
Have a great Monday and a great week!

Posted by collettakay at 11:57 AM 1 comments

Hide these Words in your heart and they will be with you always.

Please see my sidebar to see all the wonderful places I'll be linking up to.
Posted by collettakay at 11:33 AM 0 comments

{this moment} - A Friday ritual. A single photo (or 2, or 3) - no words - capturing a moment from the week. A simple, special, extraordinary moment. A moment I want to pause, savor and remember. 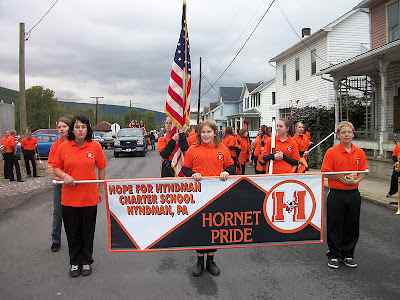 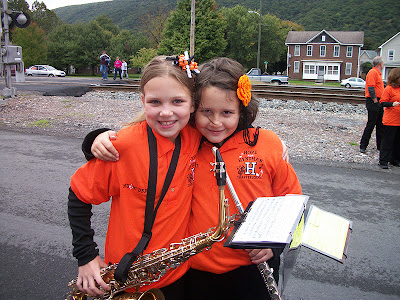 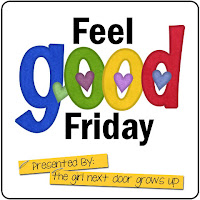 "Just make a list. List 5 things that made you really happy this week. No matter how bad or boring you think your week was, I bet you can find 5 things."

1.  Finally getting to see Eric (cousin-like-a-brother) and Michele's house!

2.  Eric's came through his biopsy wonderfully!

3.  Getting to hug Tessy and her baby belly after not seeing her for 10 months!

5.  Kaylee's first ever parade and Homecoming!

Posted by collettakay at 9:25 AM 1 comments

I haven't baked anything new in such a long time!  I definitely have missed trying new, yummy creations.

I've been wanting to make this recipe for "Peanut Butter Fudge Pretzel Brownies" from How Sweet It Is.  (This is her picture BTW)

So, I'm setting myself a goal to get this made sometime in the next week and then share my thoughs with you.

Anybody else want to join in on the aventure?

Posted by collettakay at 10:05 AM 1 comments 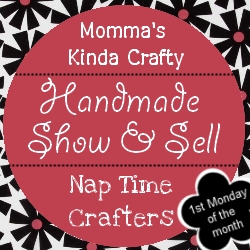 I'm giving a 10% discount on any order from my shop using the code:  NAPTIME10

Go on over to link up your shop or items for sale!

Posted by collettakay at 12:08 PM 0 comments

Last week flew by!  The whole month of September flew by!  I've been so crazy busy that I've hardly posted at all and I've really missed blogging.  I'm trying to rearrange my schedule into a more manageable routine and getting back to blogging is included.

My etsy orders have rocketed!  Thank You, Lord.  I've really been blessed.  It gives us some extra income, especially now that Doug's overtime has stopped.  I'm loving all the interaction with customers and adore doing custom orders.  So fun!

I've joined the town's new "Community Choir" led by our new Charter School's Music Director who Kaylee and I are both loving.  Chorus practice is lots of fun.  Kaylee has become so much more interested in practicing her flute and has greatly improved.  The band is now a Community Band and if I can find another flute (Kaylee uses mine) I think I'll join that also.

This weekend was Hyndman's Annual Homecoming and also Kaylee's first parade.  She was so nervous and excited that she didn't know how to express how she felt the night before.  I told her that it is anticipation!

Friday night always starts off the celebration with a Volleyball Game and a bonfire.  It was the first bonfire I'd been to for a few years  but there was no talking Kaylee out of going.  Doug was on 2nd shift so trying to keep a hold of Laken and keep an eye on Kaylee in the dark was a bit nerve wracking.  She had fun though!

Saturday morning I got Kaylee up to get dressed for the parade.  It lined up just a few blocks from our house so we walked.  I was asked to march beside the band front to help them out.  Most of them are new and this was their first parade.  It made me realize how much I miss participating in band after all these 15 years of being out of school.

The band sounded great!  I was so impressed.  It started raining about mid-way through the parade and then pretty much rained the entire time.  I don't think it deterred many people though.  The booths were hopping and people came out to support the school and town.  There were just a lot of umbrellas so you had to watch where you walked.  lol  Nobody wants to lose an eye!

When we came home I put some snugly clothes on and tried to dry out and get warmed up.  It was a cold rain.  There was snow some places in the area that are at a higher elevation.  October 1st and snow.  Well, it has happened before.  I haven't seen any yet, though.

Yesterday, Sunday, I was so excited because my cousin-like-a-sister, Steph (aka  Tessy) moved home from Iowa.  She got home while we were still at Church so as soon as Church was over we went to my aunt's house.  I could not wait to see her and give her a big hug!  I haven't seen her since Christmas.

After we came home from Aunt Donna's I snuggled in my covers (still cold) and put the Steeler game on.  I kept dozing off and happily missed the end of the game where they lost  :((((  They are now 2-2 with lots of season left.  GO STEELERS!!!

We watched DVR'd episodes of X-Factor before bed.  I worked on etsy orders while we did.  Anybody else watching X-Factor?  What do you think?

Now it is Monday morning and I have so much to do today.  The house is trashed from the weekend, I have a pile of laundry to do, bills to write out and mail, banking to do, etc, etc, etc.  (a little tribute to "The King and I").

I best get to work on that "manageable" routine I was talking about at the beginning of the post.

Have a great Monday and a great week!

Posted by collettakay at 11:43 AM 1 comments

"I have learned the secret of being content in any and every situation, whether well fed or hungry, whether living in plenty or in want.

I can do everything through Him who gives me strength."

Hide these Words in your heart and they will be with you always.

Please see my sidebar to see all the wonderful places I'll be linking up to.
Posted by collettakay at 5:30 AM 3 comments

"Hold Me" by Jamie Grace I'm loving this new song! It is so catchy!

Have a great week!

Posted by collettakay at 5:30 AM 4 comments