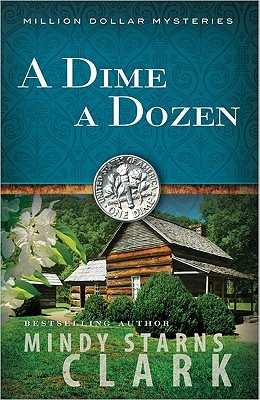 Attorney Callie Webber investigates nonprofit organizations for the J.O.S.H.U.A. Foundation and awards the best of them grants up to a million dollars. In this series, Callie comes across a mystery she must solve using her skills as a former private investigator. A young widow, Callie finds strength in her faith in God and joy in her relationship with her employer, Tom.


---
In book number three of The Million Dollar Mystery series, Callie suddenly finds herself involved in the life of a young wife and mother whose husband has disappeared...possibly the victim of foul play.

Callie has come to the beautiful Smoky Mountains hoping to award a million-dollar grant to the charity set up in the woman's late husband's honor. But in the search for a missing migrant worker, a body is discovered, which puts the grant on hold and her new romance with her mysterious boss in peril. Trusting in God, Callie forges steadily ahead through a mire of clues that lead her deeper and deeper into danger. 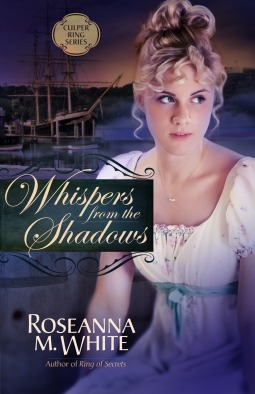 This exciting and adventurous romantic spy novel is the second book in a new series from Roseanna M. White. Whispers from the Shadows combines fascinating cloak-and-dagger secrets with a tale of love and intrigue during the War of 1812.

Treachery causes Gwyneth Fairchild's world to crumble. The daughter of a British general, she just barely saves her life by fleeing London aboard a ship to America. Her goal is to find refuge with the Lane family in Maryland, having been told by her father she could implicitly trust Winter and Bennet Lane, even though their nations are once again at war. After meeting their son, Thad, she soon discovers they are a family much like her own. The Lanes trade in a dangerous commodity--espionage.

Not long after Gwyneth is on his ship, Captain Thad Lane experiences the tug of love, though he fears it may blur lines of loyalty. With family playing the part of enemies and enemies proving themselves friends, a future with Gwyn is uncertain. But at this moment, with the British advancing on Washington and Baltimore, they have only their shared faith in God as a shield about them.