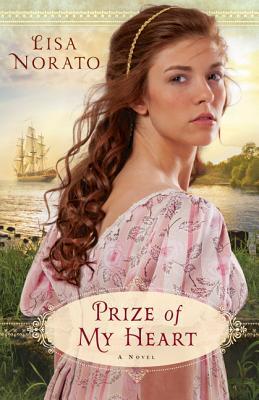 Lorena, who hides a dark truth, finds herself falling for the handsome captain and ex-privateer who's come to secure ownership of one of her father's ships. She's unaware of Brogan's own secret when another's deceit has her sailing toward Europe against her will.

Haunted by thoughts of Lorena in peril, Brogan is compelled to choose between the boy he longs for and the woman who has captured his heart.
My Thoughts:

I read this book in one evening and a morning in between cleaning and household chores.  Once I started, I didn't want to stop!

Brogan is an awesome hero.  (Isn't it weird that I had never heard the name Brogan before and have now heard it twice in two days.  The other Brogan is a real-life man who works at Enterprise where I rented a car while mine was getting worked on!)  He was manly, handsome and flawed.  Quite the hero.

Lorena was a great heroine.  (Isn't it weird that Lorena is the name of the author of the book I read just before this one!?!)  She was kind and loving and strong of character.

The storyline was intriguing and mysterious with danger and action with just the right blend of romance.  The ending had a very surprising twist.

Lisa Norato was a new-to-me author but I'll definitely be reading more of her books!