I got an Amazon Fire and a whole new reading world has opened up to me.  I also signed up for a free 2 month trial of Kindle Unlimited so I went a little crazy Sunday afternoon while "shopping" for ebooks!  You can read my review for "Knox"  HERE! 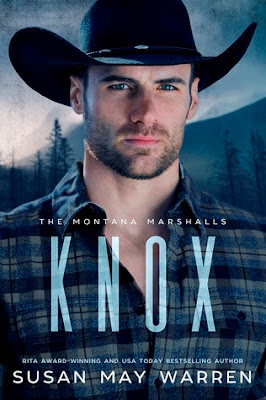 Montana rancher Knox Marshall's danger years are behind him. A former bull-rider, he now runs the Marshall family ranch, raising champion bucking bulls for the National Professional Bullrider's Expo (NBR-X). Wealth and success are his, but life is stable, expected, and...ordinary. He can't help but wonder if his best years are behind him.
Kelsey Jones just wants a safe life, a family, a home. Onstage, the beautiful rising star of the Yankee Belles becomes the person she longs to be—vivacious and confident—burying the brokenness she carries from a violent assault. Becoming NBR-X's next country act is key to outrunning her past and achieving the success and security she craves.
Knox and Kelsey's paths collide when an explosion at an NBR-X event traps them in the rubble and leaves them reeling. Kelsey's crippling nightmares return, but for Knox, an obsession to find the bomber is ignited.
When Kelsey's past threatens Knox's family, he'll have to choose between saving the Marshall legacy or becoming the protector he's always longed to be.
The explosive beginning to the Montana Marshall series.

I can't wait to start this book, another Kindle Unlimited find! 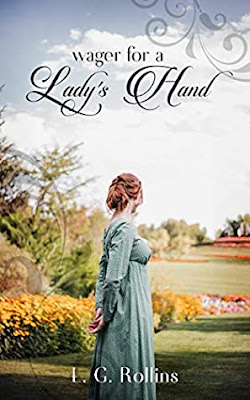 Forced into a betrothal with an abusive man, the only way out might be to beat her fiancé at his own game.
Miss Marianne Twisden knows her best chance at a safe and happy life is to marry a kind man and leave her violent father behind. When her father signs papers betrothing her to Lord Cockell—a cruel and even more violent blackguard—Marianne is desperate for a way out. Her new fiancé gives her one: if Marianne discredits Lord Sheldon Lockhart, England’s newest barrister, Cockell will release her from the marriage contract.
Lord Sheldon Lockhart is determined to rid his neighborhood of Cockell—a man who preys on gamble-hooked gentlemen by loaning them far more money than they could ever hope to repay and then extracting it mercilessly. What he didn’t expect was to fall for Cockell’s most beautiful victim, Miss Marianne.
The seemingly simple game becomes complex when a deep, abiding affection grows between Marianne and Sheldon. It is made all the more perilous when Cockell refuses to play by the rules. Strategizing together, Marianne and Sheldon must think several steps ahead if they ever hope to out-play their opponent and have a shot at victory and their own happily ever after. 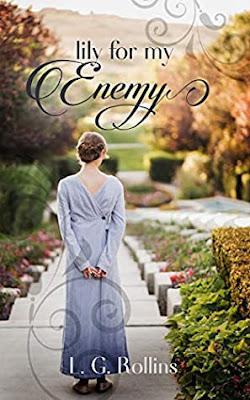 He's from Lords. She sides with Commons.Watch out London, sparks will fly.Felix Lockhart is tired of balls, tired of musicales, and most especially tired of society only seeing him as the heir apparent to a powerful seat in Lords. Then, one evening he meets the witty Jocelyn Hunt—perhaps the only young lady in London who isn’t impressed with him.Jocelyn Hunt will never hold a seat in the House of Commons herself, but she is no less an ardent supporter. When she meets the brooding Felix Lockhart, she is determined he understand that the House of Lords simply cannot continue to ignore the changing times.Though they quarrel at first, both Felix and Jocelyn find themselves irresistibly drawn toward the other. But when their roles as heir apparent and daughter of a prominent man in Commons push them apart, can their undeniable connection be enough to bridge two groups determined to hate one another?

Colletta
Posted by collettakay at 11:10 PM