Since starting to read on my Kindle, my physical TBR shelf has been sadly neglected.

So, over the next few weeks, I'll be having some book giveaways!

Some are contemporary and some are historical.  Some are gently read and some are brand spanking new!  There will be single books and there will be whole series.  But, they all need someone to love them and read them.

The first giveaway will be for: 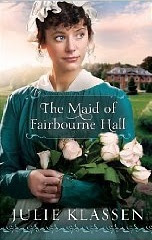 
To enter the giveaway:

Posted by collettakay at 2:22 PM