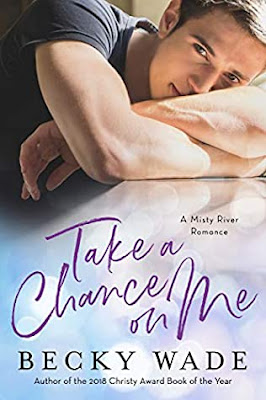 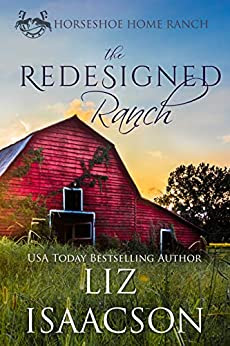 Blurb:
From the Amazon #1 bestselling author of the Three Rivers Ranch Romance series comes a new ranch, with new cowboys to fall in love with... Go to Gold Valley, Montana and the Horseshoe Home Ranch to find your next happily ever after!Can Jace find a way to forgive before it's too late?Jace Lovell only has one thing left after his fiancé abandons him at the altar: his job at Horseshoe Home Ranch. He throws himself into becoming the best foreman the ranch has ever had—and that includes hiring an interior designer to make the ranch owner's wife happy.Belle Edmunds is back in Gold Valley after she lost her job at a prestigious design firm in California. She's working for a conglomerate, but she's desperate to build a portfolio that she can use to start her own firm in Montana. She applies for the job at Horseshoe Home, and though Jace and Belle grew up together, they've never seen eye to eye on much more than the sky is blue.The spark between them now that they're adults can't be denied, and as Jace and Belle attempt to work together, they also fight their growing attraction to each other. But Jace isn't anywhere near forgiving his fiancé, and he's not sure he's ready for a new relationship with someone as fiery and beautiful as Belle. Can she employ her patience while he figures out how to forgive so they can find their own brand of happily-ever-after?
First Lines:
The chilled bite of winter wind pulled against Jace Lovell's cowboy hat, causing him to reach up and press one palm firmly on top of his head to keep it in place.
56%/Page 56
Belle had no idea what she was doing.  Did this strange banter count as flirting?
~~~~~~~~~~~
What I'll (Probably) Read Next: 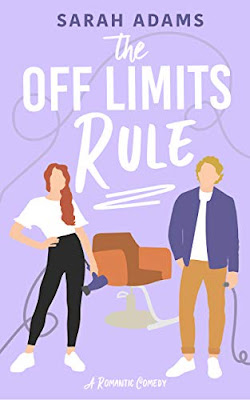 Blurb:
I have found rock bottom. It’s here, moving in with my older brother because I’m too broke to afford to live on my own. But that’s okay because we’ve always been close and I think I’m going to have fun living with him again.That is until I meet Cooper…Turns out, my brother has very strong opinions on the idea of me dating his best friend and is dead set against it. According to him, Cooper is everything I should stay away from: flirtatious, adventurous, non-committal, and freaking hot. (I added that last part because I feel like you need the whole picture.) My brother is right, though. I should stay away from Cooper James and his pretty blue eyes. He’s the opposite of what I need right now.Nah—Who am I kidding? I’m going for him.
~~~~~~~~~~
What I Can't Wait To Read: 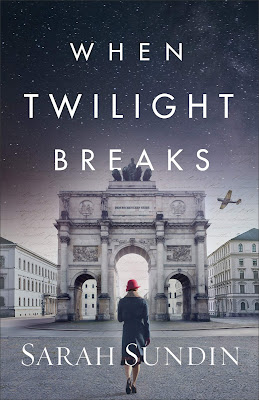 Blurb:
Munich, 1938. Evelyn Brand is an American foreign correspondent as determined to prove her worth in a male-dominated profession as she is to expose the growing tyranny in Nazi Germany. To do so, she must walk a thin line. If she offends the government, she could be expelled from the country--or worse. If she fails to truthfully report on major stories, she'll never be able to give a voice to the oppressed--and wake up the folks back home.

In another part of the city, American graduate student Peter Lang is working on his PhD in German. Disillusioned with the chaos in the world due to the Great Depression, he is impressed with the prosperity and order of German society. But when the brutality of the regime hits close, he discovers a far better way to use his contacts within the Nazi party--to feed information to the shrewd reporter he can't get off his mind.

This electric standalone novel from fan-favorite Sarah Sundin puts you right at the intersection of pulse-pounding suspense and heart-stopping romance.
~~~~~~~~~~
What I Was Reading 5 Years Ago:
Originally a feature called Last Year I Was Reading created by Maria from ReadingMaria.
Literary Feline liked it enough to continue, but has tweaked it
to feature Five Years Ago I Was Reading. 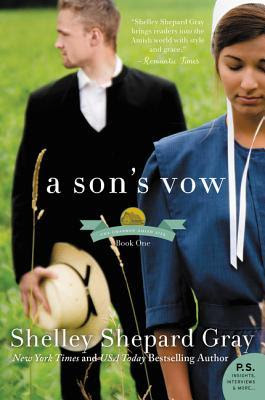 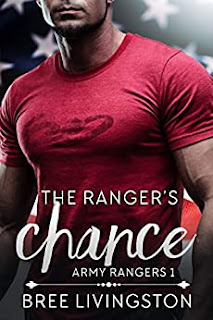 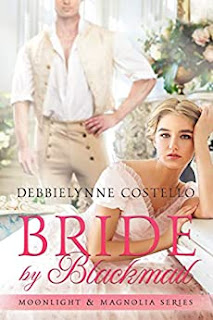 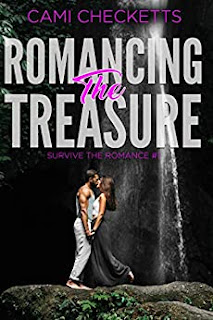 ~~~~~~~~~~
Book Blogger Hop:
Q.  What book series would you like to see adapted as a Netflix series? (submitted by Billy @ Coffee Addicted Writer)
A.  Oh my goodness!  There have been so many books over the years that I've thought would make good movies.  As for a series, I'm going to say "The Daughters of Boston" series by Julie Lessman.  It was amazing and I love a good period piece!  Click on the cover to go to the Goodreads page for each book.