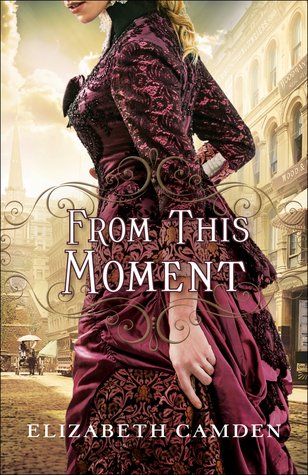 Blurb:
Stella West's artistic talent made her the toast of London, but when her beloved sister dies under mysterious circumstances she abandons everything and heads for Boston. With single-minded determination she fights to pierce the ring of secrecy surrounding her sister's death. Upon meeting Romulus White, a publisher with connections into every important power circle in the city, she quickly realizes he could be a valuable ally in navigating Boston society.

Romulus has been pursuing Stella for years to create art for his magazine. Her luminous illustrations are the missing piece he needs to propel his magazine to the forefront of the industry, and he will stop at nothing to get her on board.

Sparks fly the instant they join forces, but Romulus is unsettled by the unwelcome attraction he feels toward Stella, fearing she might be the one woman who could disrupt his hard-won independence. He may have finally met his match in Stella, but is helping her solve the mystery of her sister's death worth the risk to his publishing empire?


My Thoughts:
This was the first historical novel that I've read in quite while.
Elizabeth Camden is one of the best historical author's I've read!  I really haven't read a bad one by her.  I learn so much and the books are so interesting!
In this book, I learned a lot about the start of building subways in America, specifically Boston.  I also learned a lot about what went into the making of a magazine around the turn of the 20th century.  Absolutely amazing!
I found the main characters a bit shallow at first with all their fascination with wardrobes and being stylish.  They were also both a bit egotistical and arrogant.  But then as the characters developed and I got to learn more about their insecurities, they became more likable.
I also really enjoyed the side story about Evelyn and Clyde.
If you haven't read Elizabeth Camden, you really should!


For the Biblical "Way of Salvation" please see my header or click HERE.