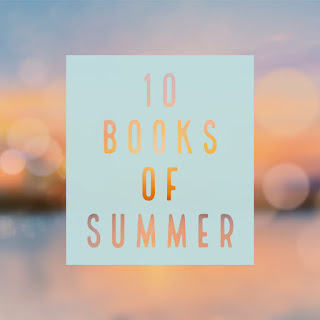 Cathy over at 746 Books is once again hosting the 20 Books of Summer Reading Challenge!

I'm always excited when the sign-ups come for this Challenge because it means Summer is coming!

The Challenge starts June 1st and runs through September 1st.

This year I'm going to challenge myself by choosing to read 10 Books of Summer.
I've decided to use the summer months to read the July-December 2022 Kindred Readers Book Club selections.  That will account for 6 of the 10 Books of Summer.  I'm going to reserve the rest of the 4 books for mood reading.  (Probably books I have on my Kindle)
1.  The Rose Garden by Susanna Kearsley
(Kindred Readers Book Club) 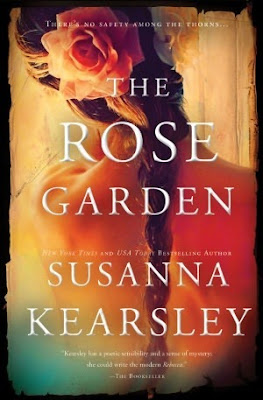 When Eva's film star sister Katrina dies, she leaves California and returns to Cornwall, where they spent their childhood summers, to scatter Katrina's ashes and in doing so return her to the place where she belongs. But Eva must also confront the ghosts from her own past, as well as those from a time long before her own. For the house where she so often stayed as a child is home not only to her old friends the Halletts, but also to the people who had lived there in the eighteenth century.
When Eva finally accepts that she is able to slip between centuries and see and talk to the inhabitants from hundreds of years ago, she soon finds herself falling for Daniel Butler, a man who lived - and died - long before she herself was born. Eva begins to question her place in the present, and in laying her sister to rest, comes to realise that she too must decide where she really belongs, choosing between the life she knows and the past she feels so drawn towards.
2.  Redeeming Love by Francine River
(Kindred Readers Book Club) 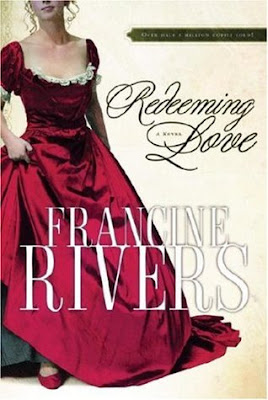 California’s gold country, 1850. A time when men sold their souls for a bag of gold and women sold their bodies for a place to sleep.Angel expects nothing from men but betrayal. Sold into prostitution as a child, she survives by keeping her hatred alive. And what she hates most are the men who use her, leaving her empty and dead inside.Then she meets Michael Hosea. A man who seeks his Father’s heart in everything, Michael Hosea obeys God’s call to marry Angel and to love her unconditionally. Slowly, day by day, he defies Angel’s every bitter expectation until, despite her resistance her frozen heart begins to thaw.But with her unexpected softening come overwhelming feelings of unworthiness and fear. And so Angel runs. Back to the darkness, away from her husband’s pursuing love, terrified of the truth she can no longer deny: Her final healing must come from the One who loves her even more than Michael Hosea does…the One who will never let her go.A life-changing story of God’s unconditional, redemptive, all-consuming love.
3.  One Tuesday Morning by Karen Kingsbury
(Kindred Readers Book Club) 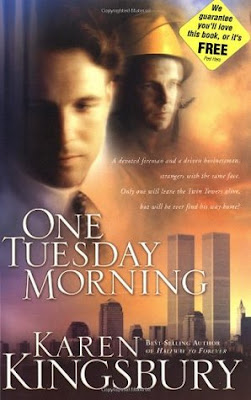 I’m a firefighter, God, so I know I’ve been in some tough places before. But this . . . this not knowing the people I love . . . this is the hardest thing I can imagine. The last thing Jake Bryan knew was the roar of the World Trade Center collapsing on top of him and his fellow firefighters. The man in the hospital bed remembers nothing. Not rushing with his teammates up the stairway of the south tower to help trapped victims. Not being blasted from the building. And not the woman sitting by his bedside who says she is his wife. Jamie Bryan will do anything to help her beloved husband regain his memory, and with it their storybook family life with their small daughter, Sierra. But that means helping Jake rediscover the one thing Jamie has never shared with him: his deep faith in God. Jake’s fondest prayer for his wife is about to have an impact beyond anything he could possibly have conceived. One Tuesday Morning is a love story like none you have ever read: tender, poignant, commemorating the tragedy and heroism of September 11 and portraying the far-reaching power of God’s faithfulness and a good man’s love.
4.  The Book Woman of Troublesome Creek by Kim Michele Richardson
(Kindred Readers Book Club) 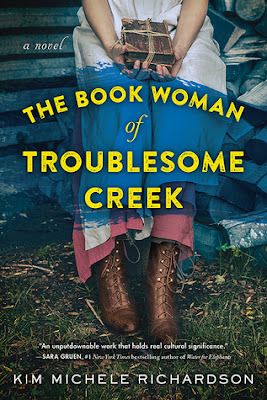 In 1936, tucked deep into the woods of Troublesome Creek, KY, lives blue-skinned 19-year-old Cussy Carter, the last living female of the rare Blue People ancestry.The lonely young Appalachian woman joins the historical Pack Horse Library Project of Kentucky and becomes a librarian, riding across slippery creek beds and up treacherous mountains on her faithful mule to deliver books and other reading material to the impoverished hill people of Eastern Kentucky.Along her dangerous route, Cussy, known to the mountain folk as Bluet, confronts those suspicious of her damselfly-blue skin and the government's new book program. She befriends hardscrabble and complex fellow Kentuckians, and is fiercely determined to bring comfort and joy, instill literacy, and give to those who have nothing, a bookly respite, a fleeting retreat to faraway lands.
5.  The Oldest Living Confederate Widow Tells All by Allan Gurganus
(Kindred Readers Book Club) 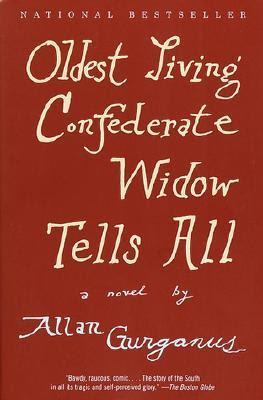 Allan Gurganus's Oldest Living Confederate Widow Tells All became an instant classic upon its publication. Critics and readers alike fell in love with the voice of ninety-nine-year-old Lucy Marsden, one of the most entertaining and loquacious heoines in American literature.Lucy married at the turn of the last century, when she was fifteen and her husband was fifty. If Colonel William Marsden was a veteran of the "War for Southern Independence", Lucy became a "veteran of the veteran" with a unique perspective on Southern history and Southern manhood. Her story encompasses everything from the tragic death of a Confederate boy soldier to the feisty narrator's daily battles in the Home--complete with visits from a mohawk-coiffed candy-striper. Oldest Living Confederate Widow Tells All is proof that brilliant, emotional storytelling remains at the heart of great fiction.
6.  The Christmas Dress by Courtney Cole
(Kindred Readers Book Club) 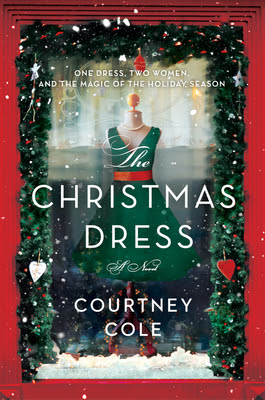 One Dress. Two Women. The Magic of the Holiday Season.When hopeful fashionista Meg Julliard must return to her hometown of Chicago to manage her late father’s apartment building, she thinks her dreams of making it in the fashion business are over. Add in her father’s eclectic roster of tenants who all need Meg’s attention (ASAP!), a host of building related disasters, and a handsome handyman she keeps embarrassing herself in front of, and this has all the makings for the worst Christmas she’s ever had.Ellie Wade, one of the building’s longtime residents, is also not feeling the Christmas Joy this year. She is preparing to move into a nursing home (reluctantly), and is in the process of sorting through her belongings to downsize. Every corner of her apartment holds memories, some good, some bad. But there’s one dress she hesitates to pack up as it represents both the best and worst night of her life.Ellie and Meg strike up an unlikely friendship and the story of Ellie’s dress comes out. Ellie gifts the gorgeous dress to Meg, hoping that it will bring her more luck, on the condition that she wear it to the building’s Christmas party.The dress magically fits, and while it eventually leads to the best night of Meg’s life, it also acts as inspiration for Meg to follow a life-long dream of her own, a dream that will help save the crumbling Parkview West, and restore it to its former glory, and keep it as a safe home for all of the current tenants.The dress and the magic of the holiday season helps both Meg and Ellie find their own happy endings.
7.
8.
9.
10.
HAPPY SUMMER!
WHOOOHOO!!!
Colletta
Posted by collettakay at 9:47 PM