I didn't post a Book Review this week but if you didn't get a chance, go check out my review of "A Dangerous Legacy" by Elizabeth Camden, one of my very favorite authors!   Click HERE to read my review!

Telegraph operator Lucy Drake is a master of Morse code and has made herself a valuable asset to the Associated Press news agency. But the sudden arrival of Sir Colin Beckwith at rival British news agency Reuters puts her hard-earned livelihood at risk. Colin is talented, handsome, insufferably charming—and keeping a secret that jeopardizes his reputation.
Despite their rivalry, Lucy can't deny that Colin has the connections she needs to give her family an edge in the long legal battle they've been waging over their rightful inheritance. But when she negotiates an unlikely alliance with him, the web of treachery they dive into proves to be far more dangerous than they ever could have known.

I started reading "Deadly Proof" by Rachel Dylan, a new-to-me author.  It is good so far but I just haven't taken the time to sit down and read.  Hopefully, I'll get it finished this week.  It is the first book in the Atlanta Justice series. 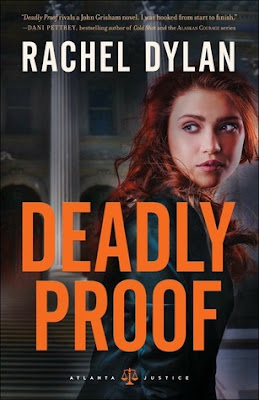 In the biggest case of her career, attorney Kate Sullivan is tapped as lead counsel to take on Mason Pharmaceutical because of a corporate cover-up related to its newest drug. After a whistle-blower dies, Kate knows the stakes are much higher than her other lawsuits.Former Army Ranger turned private investigator Landon James is still haunted by mistakes made while serving overseas. Trying to forget the past, he is hired by Kate to look into the whistle-blower's allegation and soon suspects that the company may be engaging in a dangerous game for profit. He also soon finds himself falling for this passionate and earnest young lawyer.Determined not to make the same mistakes, he's intent on keeping Kate safe, but as the case deepens, it appears someone is willing to risk everything—even murder—to keep the case from going to trial.

After "Deadly Proof", I'll be heading back to the Empire State Series to read more about Lucy's brother Nick in "A Daring Venture" by Elizabeth Camden. 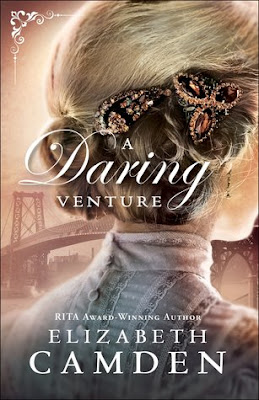 As a biochemist in early 1900s New York City, Doctor Rosalind Werner has dedicated her life to the crusade against water-borne diseases. She is at the forefront of a groundbreaking technology that will change the way water is delivered to every household in the city—but only if she can get people to believe in her work.
Newly appointed Commissioner of Water for New York Nicholas Drake is highly skeptical of Rosalind and her team's techniques. When a brewing court case throws him into direct confrontation with her, he is surprised by his reaction to the lovely scientist.
While Rosalind and Nick wage a private war against their own attraction, they stand firmly on opposite sides of a battle that will impact far more than just their own lives. As the controversy grows more public and inflammatory and Rosalind becomes the target of an unknown enemy, these two rivals will face higher stakes than they ever could have known