Movie Review: "Prince of Persia: The Sands of Time"


Jake Gyllenhaal stars as Prince Dastan, who pairs with spunky Princess Tamina (Gemma Arterton) to keep the Sands of Time -- a mystical dagger that gives its holder control over the flow of time -- from falling into the wrong hands and putting the world in peril. Mike Newell directs this sweeping live-action adventure based on the popular video game series, co-starring Ben Kingsley and Alfred Molina.

This movie is:  Exciting

For some reason, maybe because I had heard someone else's review of this movie, I didn't expect to like it.  But an action-y movie was on the rotation for Family Movie Night and this is the one we picked.

I was so pleasantly surprised!  Although I really couldn't figure out why everyone was speaking with a British accent in Persia, this movie was very entertaining.  I'm liking Jake Gyllenhaal more with each of his movies I see.

I really enjoyed the ending.  I won't tell what happens, but the reason I liked the ending so much is because it leaves a feeling of hope.

I would sum this movie up as a cross between "The Scorpion King" and "Aladdin".  Both of which I enjoyed.

I'm still not used to Disney putting movies like this out though.  When I think Disney, I think "Lady and the Tramp" and "101 Dalmations".

This movie is rated PG-13, mostly due to the violence in war and fighting scenes.  But other than that it was a pretty good movie for Family Movie Night.

I enjoyed the action AND the romance!

Have you seen it?  What did you think? 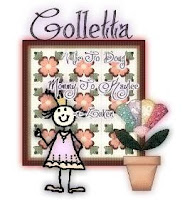 Posted by collettakay at 5:35 AM