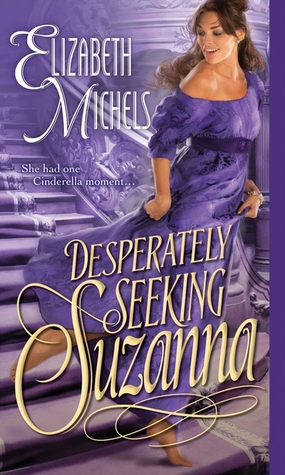 Her Cinderella MomentSue Green just wanted one night to be the pretty one. But a few glasses of champagne and one wild disguise later, she’s in some serious trouble. Who knew the devastatingly handsome face of Lord Holden Ellis would get in the way of her foot? And how exactly did all that high-kick dancing start in the first place? At least she blamed it all on her new persona—Suzanna. So Society’s most eligible bachelor will never find out the truth.All Holden wants is the truth. Who was that vixen who seduced him so thoroughly, then disappeared? The only one who seems to have any answers about Suzanna is Miss Sue Green. She’s promised to help him find his mystery woman, but in truth she’s not being all that helpful. And in truth, the more time Holden spends with Sue—witty, pretty, and disarmingly honest—the more he realizes he may have found exactly what he’s been looking for all along…