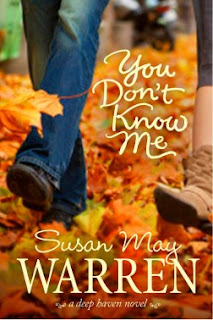 I received this book from the publisher in exchange for my honest review as part of a Litfuse Publicity Blog Tour.  To see more about the book, author, and other reviews please click HERE.

Sometimes the secrets we keep to protect ourselves can be our undoing.

To all who know her, Annalise Decker is a model wife and mother. She’s a permanent member of the PTA, never misses a sporting event, and is constantly campaigning for her husband’s mayoral race.

No one knows that Annalise was once Deidre O’Reilly, a troubled young woman whose testimony put a dangerous criminal behind bars. Relocated through the Witness Security Program to the quaint harbor town of Deep Haven, Deidre received a new identity and a fresh start, which began when she fell in love with local real estate agent Nathan Decker.

Twenty years later, Annalise couldn’t be more unprepared for her past to catch up with her. When Agent Frank Harrison arrives with news that the man she testified against is out on parole and out for revenge, Annalise is forced to face the consequences of her secrets. Will she run again, or will she finally find the courage to trust those she loves most with both her past and her future?

I've fallen in love with the town of Deep Haven over the course of this series.  The great thing is that each book can be read as a stand-alone as well.

I was interested to see how the author would tell the story of a couple who had been married for 20 years and had 3 teenage kids.  It feels strange to say that I'm actually closer to that demographic than a story with a 18-year-old female main character!  Where has the time gone?

I really enjoyed reading about a character whose life was so similar to mine.  Well, except for the whole Witness Protection thing...

Annalise Decker:  As I mention above, Annalise is a married stay-at-home-mom with 3 teenage children.  She is very involved in their lives and activities and longs for nothing more than a "normal" life.

Nathan Decker:  Nathan is Annalise's husband of 20 years but knows nearly nothing about her past and thinks that her family was all killed in a car accident.  He is almost obsessed with the past and making his family name respectable even to the point of running for mayor.

Agent Frank Harrison:  Frank is Annalise's handler in the Witness Protection Program.  He is very good at his job and can't help letting his job get personal.  He his fiercely determined to keep Annalise safe and sees her almost as a daughter.

My favorite scene is when Annalise has to use quick thinking and bravery to escape the man who wants to see her dead.  I don't want to give away too many details, but it was a very risky move and she was almost killed in the process.  A very unexpected character saves the day.

Frank sort of wished that the name Uncle actually belonged to him.

Deidre---er, Annalise had built a life for herself after all, and he felt like her uncle.

Frank had even wanted to give her a hug.  But that might be too much for her.  I wasn't every day a women he'd placed in WitSec saw her past appear in the coffee shop like a ghost.

But it also wasn't every day he had to check in on one of his charges with the bad news that she might be in danger.


It Would Have Been Better If:

I found it really hard to believe that Annalise and Nathan had been married for 20 years and he hardly knew anything about her life before she came to Deep Haven.  I would have pried the details out but maybe that is the difference between men and women. 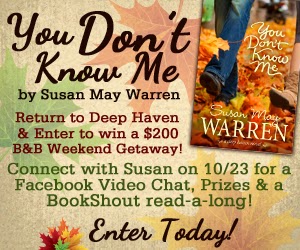 *Mandatory-  Please leave a comment telling me what you would change your name to if you suddenly had to have a new identity.  You can be creative!