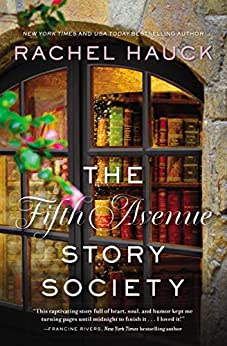 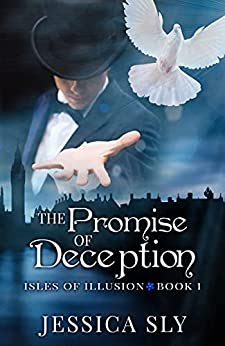 Blurb:
Adelynn Spencer, a spirited member of the Edwardian London upper class, struggles under the conditions of her engagement to Detective Inspector Baze Ford. But during the gala announcing their betrothal, events take a fatal turn when Adelynn experiences a vivid dream of a man dying with a knife buried in his chest. To her alarm, Baze and his men later discover the man exactly as she witnessed.

When Adelynn sees a second dream—a second victim—she tries to convince Baze that there are more sinister things at work. Choosing hard evidence over Adelynn's outrageous claims, Baze dismisses her and turns his attention to the location of the most recent crime, the Empress Theatre. Determined to uncover the truth of her visions, Adelynn investigates on her own. She infiltrates the theater and becomes spellbound by the charming spectacle of the resident magician.

As Baze wrestles with the decision to harden his heart or take action to protect the woman who means everything to him, Adelynn ventures further into the clutches of magic and murder. Can she keep her mind safe and draw the killer out of the shadows?
First Lines:
London, 1913
I stared at the closed double doors looming through the darkness before me.
56%/Page 56
The warmth and natural feel of his hand in mine shot currents of heat though my back to the nape of my neck.
~~~~~~~~~~~
What I'll (Probably) Read Next: Blurb:
Daffodil Caron is not a princess, even though she once dreamed of being one. After all, she grew up as a playmate to royal princes, running through the halls of Perrigwynn Palace and dining with the queen. But the day she stumbled upon a royal secret, everything changed.Flash forward eighteen years, and Daffy’s living a sweet, non-royal life. A skilled art curator for the Royal Trust, she has friends, a flat in the heart of the city, and a handsome, successful fiancée. The last person on her mind is Gus, a prince she once called her best mate.HRH Prince Augustus is no longer “Prince Pudgy,” as caricaturized by the press, he’s charming and gorgeous, possessing a world-famous smile. But when he’s jilted at the altar by an American heiress as millions of people around the world watched, the spare heir to Lauchtenland’s ancient House of Blue escapes, finding solace on a Florida beach.A year as a regular bloke allows him to rethink his purpose. He’s half decided his calling is to pour pints at a tiki bar, rather than serving his country and the Family.Until an accident on the beach with a Frisbee changes his course.Despite his long hair and beard, Daffy recognizes her prince, and their childhood friendship is renewed. She assures Gus Lauchtenland needs him, giving him the courage to return home.When Daffy and Gus find themselves on assignment to Hadsby Castle in preparation for his brother’s wedding, their friendship blooms into affection.But Gus cannot, will not, trust his heart again. Daffy’s engaged. And she also remains a royal family outcast because she knows the Queen’s secret.When affection grows into love and secrets are exposed, trust is destroyed. Gus must choose which is stronger: the lies of his past or the hope of his future. And Daffy must face every fear to prove she will forever love a prince.
~~~~~~~~~~
Book Haul: 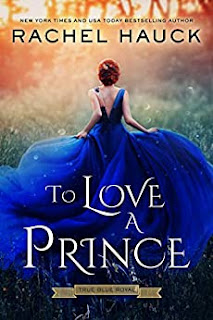 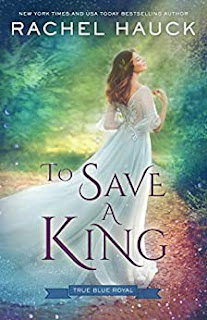 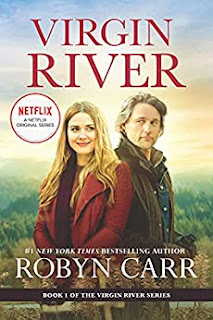 ~~~~~~~~~~
Book Blogger Hop:
Q.  Do you have a genre you haven't read before but would like to? (submitted by Sam @ Another Book On the Shelf)
A.  hmmm????  Throughout my many years of reading, I think I've read just about all the genres that would appeal to me.  However, I haven't read very many biographies/autobiographies (think...1 :)  So, I would like to branch out and read more of those.  Any suggestions???
~~~~~~~~~~
Bookishly Yours,