Book Review ~ Amelia and the Captain by Lori Copeland 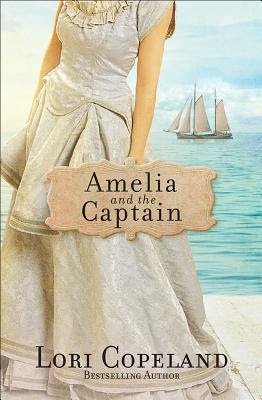 Blurb:
The three wily and beautiful McDougal sisters can swindle a man in less time than it takes to lasso a calf. But their luck is running out, and they're about to be hauled off to jail. When the wagon carrying them falls under attack, each sister is picked up by a different man.

My Thoughts:
I'm so exited to be writing my first book review of 2019!

This book is the 3rd book of the Mercy Flats series by Lori Copeland.  I have not read the first two books and it didn't hinder my enjoyment of Amelia and Morgan's story.

There were times when I thought Amelia was an absolute "ninny" (Elizabeth's word for Amelia!).  She was so naïve at times and reckless!  But her heart was always in the right place.

Captain Morgan Kane (a Union spy) was the epitome of a hero.  Always in the right place at the right time.

I enjoyed getting to know the other women that were being rescued with Amelia and also the crew of the Mississippi Lady.

"Amelia and the Captain" was a fun, quick, silly read.  Perfect for getting started on a new year!