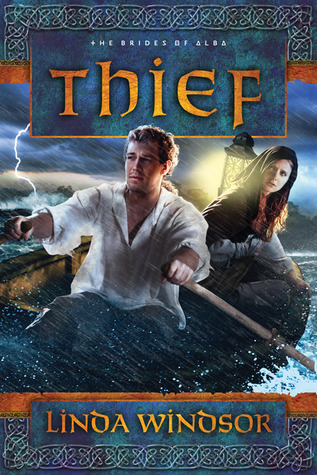 Exiled in shame and wounded in battle, Caden O’Byrne accepts a mission of penance—to search for his healer’s long-lost daughter. At worst, he’ll finally get his death wish. At best, this could be God’s second chance. But the lovely minstrel Sorcha wants no part in him, his newfound God, or the rescue. In fact, she’s robbed him blind—to help finance her work of buying young captives and returning them to their families. She’s also gone into debt and promised to marry a man she doesn’t love—all for the chidlren’s sake. But before she and Caden can sort out the situation, a treacherous murder forces them to run for their lives…together. While Caden’s rekindled faith is tested, Sorcha wonders if his God is real. If so, can a thief like her dare hope for His mercy? And do the two of them have a chance of reaching home—Sorcha’s real home—alive? 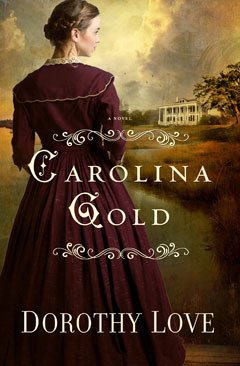 The war is over, but her struggle is just beginning.

Charlotte Fraser returns to her late father’s once-flourishing rice plantation on the Waccamaw River, determined to continue growing the special kind of rice known as Carolina Gold. But Fairhaven Plantation is in ruins, the bondsmen are free, and money is scarce.

To make ends meet, Charlotte reluctantly accepts a position as tutor to the young daughters of Nicholas Betancourt, heir to the neighboring Willowood Plantation. Then Nick’s quest to prove his ownership of Willowood sends Charlotte on a dangerous journey that reveals an old family mystery—and threatens all that she holds dear.

Inspired by the life of a 19th century woman rice planter, CAROLINA GOLD continues Dorothy Love’s winning tradition of weaving together mystery, romance, and rich historical detail, bringing to life the story of one young woman’s struggle to restore her ruined world. 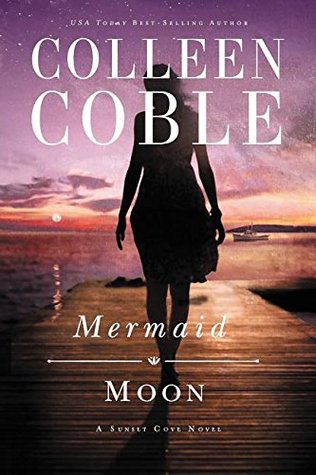 Audra Davis believes her father was murdered. Her childhood sweetheart Kevin O’Connor, game warden of Mermaid Beach, is also suspicious of the accident—but he’s equally determined to keep Audra at arm’s length. She broke his heart years ago when she left without a word. He’s not about to lower his guard and let her get close again. He has his daughter Faith to think about. With his track record, he doesn’t think any woman will stay in down-east Maine’s remote windswept coast.

Hoping to discover what happened to her father, Audra takes over his mail boat duties, guiding his trusted boat on deliveries to see what she can uncover. Soon she finds letters from her birth mother—letters postmarked but never delivered. How could her father have kept them from her all this time? Do they have anything to do with his murder?

In spite of his doubts, Kevin thinks Audra might be right about her father’s death. As the only law enforcement officer in the area, he has a duty to help her track down the killer. Spending so much time together begins to rekindle the torch he’s carried for her all these years, but he still sees the guilt in her eyes that drove her away in the first place—guilt over choosing to spend time with him the fateful night her mother died instead of fueling her mother’s boat. Can Kevin and Audra navigate their way to each other before a murderer rips them apart forever?