This is the post where I write about
what is on my mind, in our lives or just plain randomness...
~~~~~~~~~~~~~~
I wanted to be able to write that the foundation had been dug and the footer was well on its way to being poured, but....
We're still waiting on the excavator to call.
Yesterday was the 3 week mark.  It was estimated to be 2 weeks before they could come...  So we're now 1 week behind the projected schedule.
It HAS been raining an extreme amount lately.  I'm assuming it has put the excavator behind schedule.
I'm not horribly upset because we've been super-busy helping my brother and NEW sister-in-law get moved.  (Did I tell you that they are buying our old house?  What a blessing!)  We had a few packing days, but Friday was the BIG MOVE!  They hired a moving company to move the furniture and a lot of the boxes that we had packed but there was still much to do.  Then Saturday, Mom and I went down to help Kelly get the kitchen set up.  The kitchen and the bathrooms were the first on the list to try to unpack.
Now, that Dan, Kelly and Andrew (my nephew!) are mostly moved, I'm hoping we can get rolling on the addition.
I'm really hoping to get the call this week!
For now, it still looks like this (minus the shrubs): 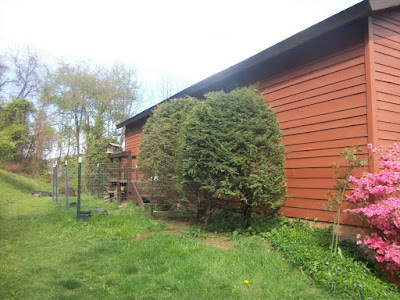 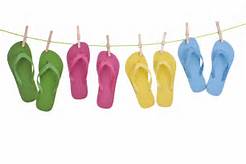