The Stardust Melodies CAL is hosted by Polly Plum's Posse and can be found at www.everytrickonthehook.com  .  All the blocks (both free and paid) will be based around a classic song.

There will be 12 free pattern that will be released on Mondays and 12 paid patterns that are released on Thursdays.  I decided that I'm only going to crochet the free patterns but will be making 4 blocks of each pattern in 4 different colors.

As I started the first block, I didn't see the pattern emerge right away but as I continued on it became clear.  This is just the Begin the Beguine block without an edging. 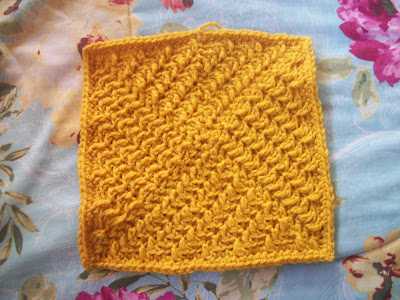 I also decided that I would add 2 rounds of edging, one in cream and one in mushroom.  I want my finished afghan to be fairly large and adding the border will give me even more dimension. 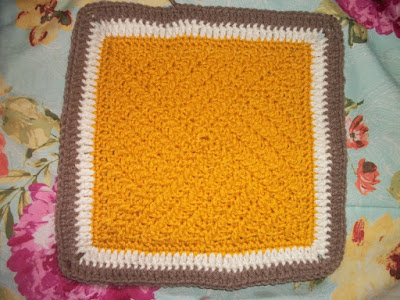 The block itself was easy to make but the first was a bit tedious, as there is counting throughout.  1, 1-2-3.... over and over.  As I made the second, third and especially the fourth block, I had the pattern down pretty well and was able to watch Property Brother and House Hunters while making it :) 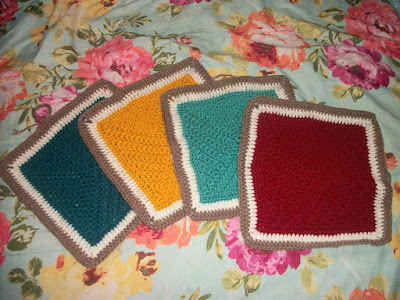 I had never hear of "Begin the Beguine" before this CAL, so I had to youtube it.  I really liked the Ella Fitzgerald version.  Enjoy:


Please leave me a comment with a link so I can return the visit!!

Linking up to Inspiration Monday, Cooking and Crafting with J&J,  Making Your Home Sing , Inspire Me Monday, Merry Monday , Motivation Monday, Made By You, Creative Mondays, What'd You Do this Weekend and Pieces by Polly Block Party,  Monday's Musing and Making Monday, Stitch It Up and Hooking on Humpday, Yarn Along , Yarn Fanatic , Keep Calm Craft On.

Posted by collettakay at 4:10 PM