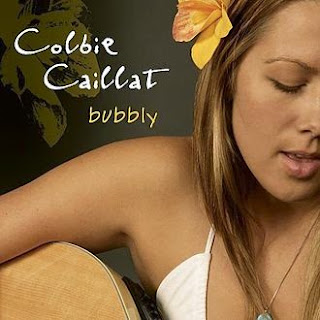 Listen to the song HERE.
1) Singer Colbie Caillat says this song was inspired by a trip to "the beach and having a wonderful day with a person you like." Have you been to the beach yet this summer?
Not the ocean but does a beach at the lake count?  I was just there last weekend,

2)  Are you careful about applying sunscreen?
I'm not out in the sun that much and I must admit that I don't remember the last time I put sunscreen on.  Yikes!

4) "Bubbly" is often a synonym for champagne. When's the last time you enjoyed a glass of bubbly?
I don't drink alcohol but I did take a sip of champagne at my best friend wedding about 8 years ago. I was in the wedding party and it was for the toast.

5) Colbie sang the National Anthem at the third game of the Red Sox/Cardinals World Series in 2013. How is your favorite baseball team doing so far this season?
One of the favorite subjects right now!!!  My Pittsburg Pirates are just slight behind the #1 Cardinals in our division.  We need to win a few and them lost a few and we're in first place!!

6) In 2005, Ms. Caillat tried out for Season 4 of American Idol but was eliminated very early in the process, before she could even audition for Simon, Paula and Randy. The winner that year was Carrie Underwood. Are you a Carrie Underwood fan?
I enjoy Carrie's music very much.


7) In 2007, when "Bubbly" was popular, actress Yvonne deCarlo died. She was best known as Lily on The Munsters. If you had to choose (and yes, this Saturday you have to), would you rather hang out with Lily Munster or Morticia Addams?
Morticia.  She was classy!  lol


8) In 2007, MySpace was faced with a serious challenge from Facebook, and it's obvious which social network won. Did you have a MySpace account? If so, do you still post to it?
I had Myspace!  To be honest, I didn't think it could be accessed any longer...  hehe


9) Random question: Which have you had longer, your ironing board or your plunger?
Plunger.  How old IS that thing anyway?
Please leave a comment with a link so I can return the visit!

Posted by collettakay at 2:34 AM