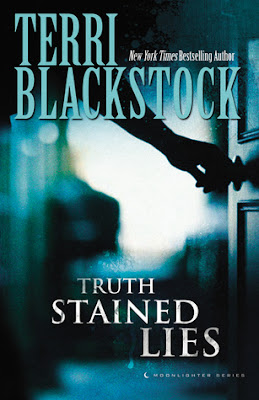 Blurb:
Cathy Cramer is a former lawyer and investigative blogger who writes commentary on local homicides. When she finds a threatening note warning her that she's about to experience the same kind of judgment and speculation that she dishes out in her blog, Cathy writes it off as mischief ... until her brother is caught in the middle of a murder investigation---the victim is his ex-wife.
As her brother is tried and convicted in the media, and bloggers and commentators like her have a field day, Cathy wonders if she should have taken the threat more seriously.
Cathy and her two sisters, Holly and Juliet, moonlight as part-time private investigators, working to solve their brother's ex-wife's murder. Juliet, a stay-at-home mom of two boys, and Holly, a scattered ne'er-do-well who drives a taxi, put aside their fear and lack of confidence to learn the art of investigation.
But will it be too late to save their brother from a murder conviction, or his five-year-old son who's the killer's next target?

My Thoughts:
I really wanted to like this book.
I've read one other book by this author, "If I Run", and really liked it.  I thought I would try one of her older books and was able to get this one from paperbackswap.com.
However, the book was just "OK" for me.
I think my problem was there were too many POV's.  There were at least 5 different POV's happening throughout the book.  I understand that this is the first book in the series and the characters needed to be introduced but it just felt like I was jumping all over the place.
Also, I figured out "whodunnit" about half way through the book and I had trouble holding interest after that.
I really wanted to like this author as she's a very popular author with many fans.  I just don't think it is for me though.
Bummer...
﻿
Colletta
Posted by collettakay at 12:00 AM