Book Review ~ Beneath a Prairie Moon by Kim Vogel Sawyer 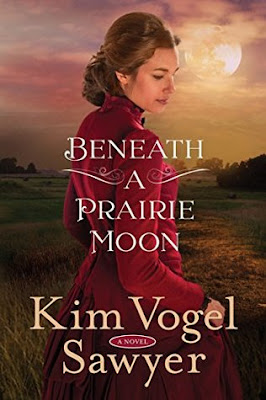 Blurb:
Estelle Brantley grew up in affluence and knows exactly how to behave in high society. But when she is cast from the social registers due to her father's illegal dealings, she finds herself forced into a role she never imagined: tutoring rough Kansas ranchers in the subjects of manners and morals so they can "marry up" with their mail-order brides.
Mack Cleveland, whose father was swindled by a mail-order bride, wants no part of the scheme to bring Eastern women to Spiveyville, Kansas, and he's put off by the snooty airs and fastidious behavior of the "little city gal" in their midst. But as time goes by, his heart goes out to the teacher who tries so diligently to smooth the rough edges from the down-to-earth men. How can he teach her that perfection won't bring happiness?


My Thoughts:
I so wanted to like this book!
The premise was hopeful but it just ending up being "OK" to me.
The heroine, Abigail, was so "hoity-toity" and extremely prim and proper.  To a fault, even.  At the same time, she was timid as a mouse and hid behind her employer, Mrs. Bingham.
Mack, the hero, was a bit too polished and precise to be truly believable in the setting.  He was even a bit anal himself.
The story was just a bit too slow-moving for me and I found myself wanting to skim instead really READ.
Oh, well.  On to the next book!

﻿
Colletta
Posted by collettakay at 8:21 PM