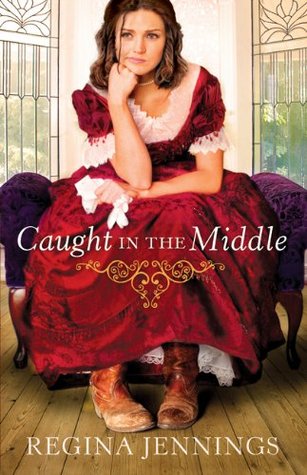 The train to Garber, Texas, is supposed to bring Nicholas Lovelace to the next victory in his life and career. Instead, it gets held up by robbers who are thwarted by the last person Nick ever expected–Anne Tillerton from back home in Prairie Lea.

Anne’s been working as a buffalo hunter and hiding from polite society. She’s only coming to town to talk their runaway cook into returning. Instead, the woman flees–and leaves Anne with her infant son. With Nick the only person she knows in town who can help, the two form an unlikely team as they try to figure out what to do with the child.

Both soon find themselves stuck in complicated situations. To care for the child, Anne’s forced into polite society–and it’s not going well. Meanwhile, Nick is being pressured on all sides of his business, and being seen with Anne isn’t helping his reputation. Still he can’t quite seem to forget her and must make a choice between the leading of his heart and his plans for the future.