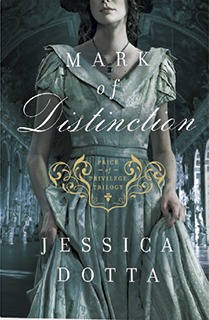 London is said to be the glittering jewel of society, a world unto itself—but to Julia Elliston it is a city of shadows. Her life is swiftly dissolving into scandal. And in Victorian society, even a whisper of scandal—substantiated or not—can be the death of a young woman’s reputation.When Julia discovers that Lord Roy Pierson, her guardian and one of most influential men in England, is the father she has never met, she begrudgingly accepts his protection. But Chance Macy’s power is far-reaching as well.

Thrust into society as the Emerald Heiress, Julia is the toast of London, a celebrated curiosity. But in reality she’s trapped between the clutches of two powerful men. Aided only by a gentleman whose intentions she prays she can trust, Julia must finally take control of her own fate—but outwitting one’s foe rarely goes according to plan.

Posted by collettakay at 6:05 AM