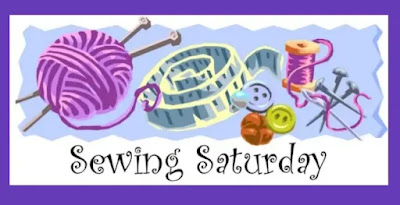 I've decided to start featuring my sewing, crocheting and crafting projects on Saturdays.  Some weeks this will include a finished project, a FNSI or FNWF or just a WIP.
First of all, this week, I'm super excited that the hubby bought me a new sewing machine for Christmas!  Of course, I can't wait until then to use it though :) 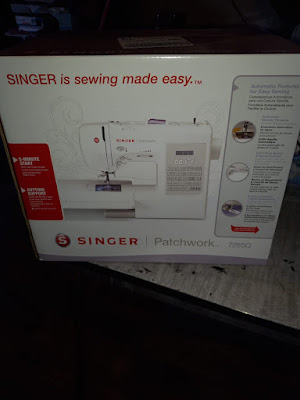 It is a Singer Patchwork and we got it for over 50% off! 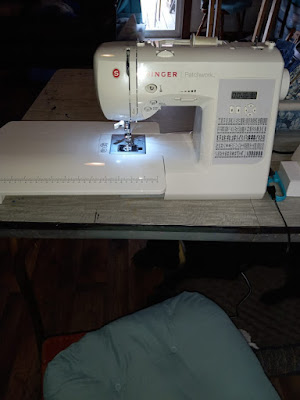 I love the extender so much!  I can already tell a big difference while sewing.  It also came with 10 or 11 feet (most of which I don't know what they're for.) including a quarter inch foot that I'll be putting to good use while piecing quilt tops.
Meanwhile, between hand quilting projects, I decided to drag out a crochet WIP from last Winter to work on while watching TV and relaxing. 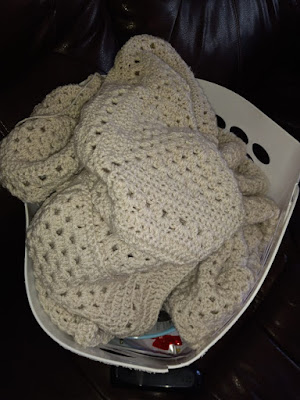 This is the Linen Afghan that I started for one of the hubby's co-workers, Stacey.  She wanted a solid cream afghan and I was happy to make her one.  It has taken me a bit longer than anticipated but I'm almost there! 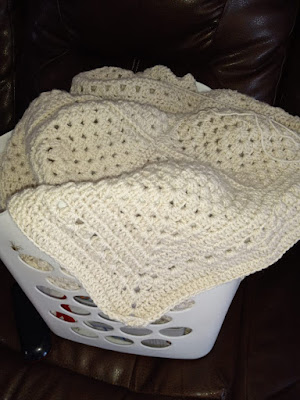 I only have 1.5 rounds left of the border to crochet!  I'm hoping to finish it off this weekend and have the hubby deliver it to Stacey next week.
Hopefully, next weekend I'll be able to feature it as a finished project ;)
What project are you working on this weekend?
Colletta
Posted by collettakay at 2:12 PM