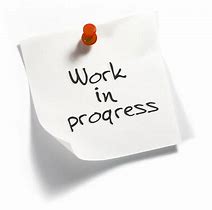 I didn't get a Book Review written for today's post as intended because I decided to work on getting my current WIP finished.  It is for my Angel from Church, Lexi, therefore it is now named "Lexi's Ombre Afghan".
﻿ 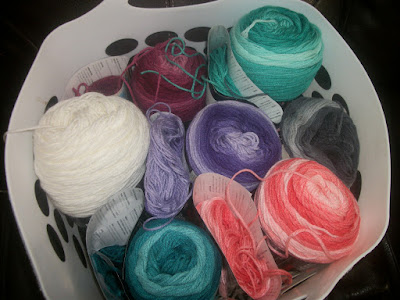 The colors I am using are Red Heart Ombre in  Spearmint, Violet, Sea Coral, Deep Teal, Anemone, and White.  I'm using a 5.5mm (I) hook.
I've been working on the afghan of and on since probably January!  I've been doing a lot of reading instead of crocheting lately.  The last two evenings I've crocheted my fingers off trying to get the piecing done.
This is where I was at when I picked the project basket back up on Tuesday evening. 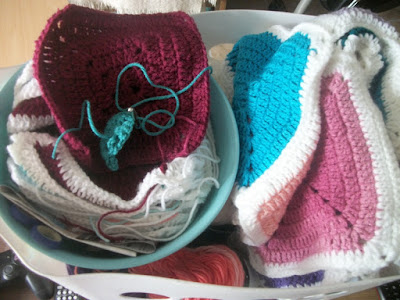 After binge watching "Beauty and the Beast" on Netflix, the picture below shows where I was when I started at 8pm on Wednesday night.  I still had some crocheting, tying in the ends and joining to go. 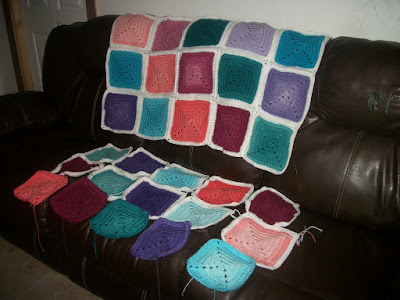 Three and a half hours later and it was completely joined together!  This time I listened to The Message on Sirius XM while working. 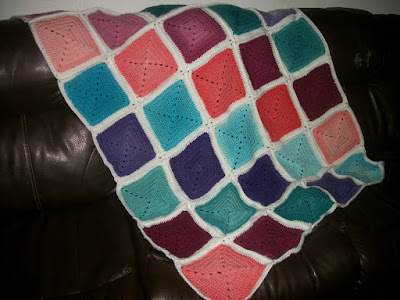 Below is the yarn I have left for the border.  It should be plenty.  I'm hoping to get the border done fairly quickly but in all actuality, I does take a while to go around the whole afghan a total of 8 times as there will be 8 rows on the border. 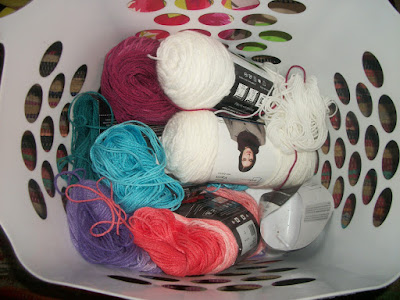 I'm going to try to get it done by next week sometime so that I can get started on a new craft I picked up and want to give a try.  You'll have to stay tuned to find out what it is :)


What are you working on?

Colletta
Posted by collettakay at 12:04 AM