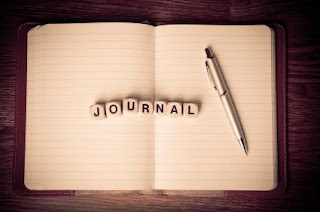 A few sentences about each day...

Sun/7 ~ Happy Lord's Day!  Thankfully, Kaylee was off today and had a 2 day weekend.  She shouldn't have to work on Sunday until the next sale.  I made Peanut Butter Chocolate Chip Rice Krispies Treats for snack at Bible Study this evening.  The recipe used corn syrup and sugar instead of marshmallow.  I'll share the recipe sometime soon :) 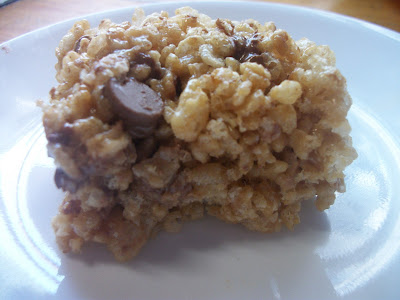 Mon/8 ~ This is my second day without caffeine.  I started weaning myself off of caffeine last week by only drinking one glass of Diet Dr. Pepper a day.  I was doing so well that I thought I'd try cutting it out completely.  I've been drinking lots of water out of my new turquoise cup.  I passed the orange cup on to Laken after finding one in my favorite color.  Kaylee got her hair cut today.  She was very ready to get a trim.  She actually got a bit of an undercut.  I think it is really cute but I didn't have a chance to get a picture before she left for work. 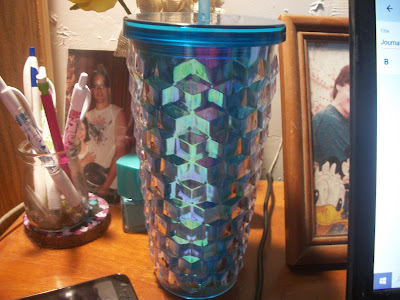 Tues/9 ~ Today Doug turned 52 years old!  We're not sure what time he was born so throughout the day he kept saying that he was still 51 :)  I took Laken to Uncle's to swim as it was so stinking hot out.  It was the first time this summer and she said it was "majestic"!  The kittens are out and about walking now.  They are so cute!  The girls named them Punkin and Peanut although they look so similar it is hard to tell which is which most of the time.  Punkin is just a tiny bit bigger. 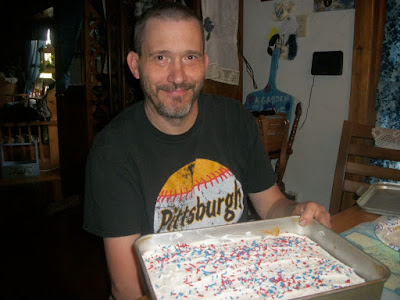 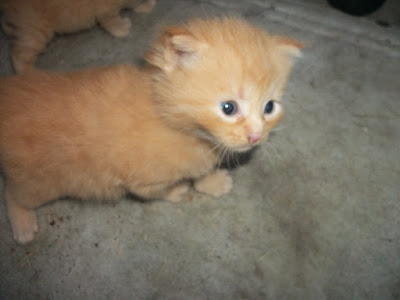 Wed/10 ~  I was going to bake today but it was just to stinking hot!  Just as I was about to take to the kids to my brother's house to swim it started to rain and thunder.  It cooled off a bit but Kaylee said it was miserably hot at work.  Instead of cooking supper, we went to Sundae's for hot dogs, nachos and ICE CREAM! 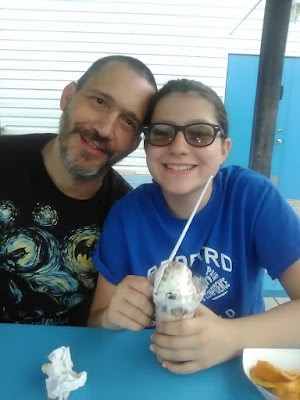 Thurs/11 ~ My Chocolate Chip Cinnamon Coffee Cake recipe was featured at Miz Helen's Full Plate today!  I'm now 5 days caffeine free and only drinking water.  I am SO tired!  I don't know if it is worth it!  I might go back to having just one glass of Diet Dr. Pepper a day just so I'm not SO tired! 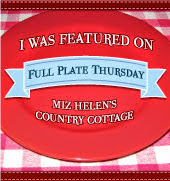 Fri/12 ~ We painted our headboard and put on the new bedding that I bought to complete the "look"!  It was so exciting to see it come together :)  Doug and I went to Dairy Queen to pick up Kaylee's birthday ice cream cake.  Her birthday is tomorrow so this is officially her last day as an 18 year old. 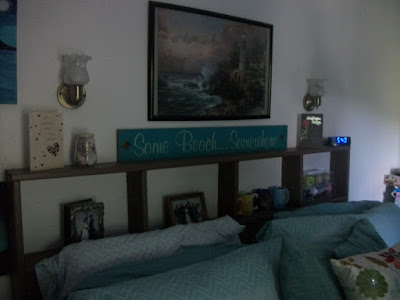 Sat/13 ~ We celebrated Kaylee's 19th birthday this evening with family.  We had pizza from Little Caesar's and the Dairy Queen ice cream cake that Kaylee requests every year :)  I can't believe it has been 19 years since giving birth to my first baby girl.  We had her "party" out on the side deck but it got chilly toward the end.  This weather is so back and forth! 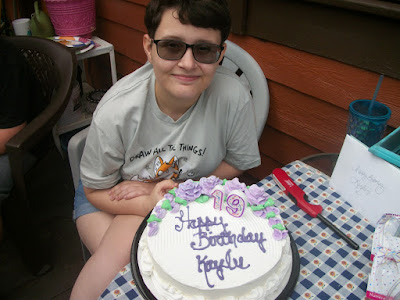