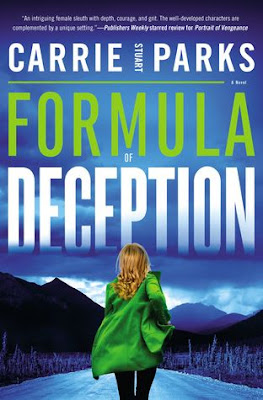 Blurb:
When her twin sister was murdered, Murphy Anderson changed her name and appearance and moved to Kodiak to avoid the press and publicity. But when local authorities discover she’s an artist and request her help in drawing a dying man’s memories, she unintentionally ends up in the limelight again—and may be back in the killer’s crosshairs.

The memory that Murphy was asked to draw was from an Alaskan hunter who discovered five bodies on remote Ruuwaq Island ten years ago, but has only shared the information with the police now that he’s dying of cancer. When they go to the island to investigate, no skeletons remain but there is evidence that the bodies may have been deliberately destroyed. But the big discovery is of a World War II Quonset hut.

As one by one the people who were at the hut die, Murphy knows there is something much deeper at stake. What happened there during WWII? And who is willing to kill to keep those secrets buried?


My Thoughts:
Oh MY!!!
What a book!
I don't know where to start with this review other than to say that this book is ABSOLUTELY AMAZING!  I'd even go so far as to say it was the best books I've read in years!
Carrie Stuart Parks is a new-to-me author so I didn't know what to expect.  Let's just say I got a whole lotta bang for my $1.99 at Ollies.
I just finished this book 10 minutes ago and am still a little bit in shock by the ending!  I thought I had everything all figured and then WHAM!
The characters, especially Murphy/Dakota, were very well written and the scenery played before me as if in photographs or a movie reel.
I'm going to be thinking about this book for days!
I'll definitely be on the lookout for more books by this author.
Just amazing!
﻿
Colletta
P.S.  I'd love for you to join in the Fall Into Reading Challenge!