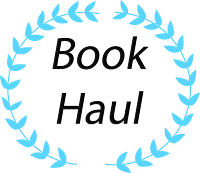 While I've receive more than a few books in the mail during March, I have read absolutely nothing other than my Bible reading plan.  If you see a book in March's Haul that you think I should sink into, please let me know! 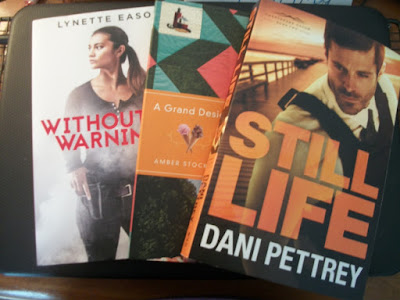 Without Warning ~ Elite Guardians Book 2 by Lynette Eason:
Katie Singleton, a partner with the Elite Guardians Protection Agency, stumbles upon her next assignment quite by accident. Spotting blue lights at a familiar restaurant, she stops to investigate, only to discover that owner Daniel Matthews has become the target of someone who will go to any lengths to put him out of business.

Daniel might be concerned, but he's not convinced that a bodyguard--and a female one at that--is necessary. A new attack and his niece's urgings are enough to make him reconsider. He and Katie must figure out who's behind the intimidation and threats--before a would-be killer strikes again.
Witty dialogue and a simmering attraction will have readers flying through this tension-laced thriller. Eason exercises complete control of her readers' emotions as they race through the pages to discover the truth.

A Grand Design ~ Quilts of Love Book 20 by Amber Stockton:
When Alyssa Denham, a single career woman, wins a fun getaway for two on Mackinac Island where her grandmother lives, she gives her carefree best friend a call. Together, they tour the old shops and hidden treasures of the quaint island while helping Alyssa’s grandmother piece together an heirloom quilt. Their quest gains them entrance into the homes of many longtime residents of the island, parts of the city that are otherwise off limits to tourists.

As the quilt’s story takes shape, Alyssa gains amazing insight into her grandmother’s life . . . and attracts the attention of the handsome Scott Whitman, an island resident in charge of hotel transportation. Will memories of her past keep Alyssa from letting go? Or will the quest to piece together the heirloom quilt restore Alyssa’s fractured heart—and bring healing to her entire family?
Still Life ~ Chesapeake Valor Book 2 by Dani Pettrey:
Work hits too close to home for crime scene photographer Avery Tate when her best friend disappears. The only lead is a chilling photo of her--apparently dead. As Avery, her boss Parker, and his friends dig into the case, she's forced to confront her feelings for Parker when they come face-to-face with a dangerous criminal.
﻿ 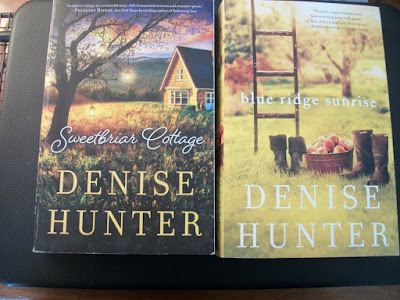 When Noah and Josephine Mitchell discover their divorce was never actually finalized, their lives are turned upside down.

Following his divorce, Noah gave up his dream job, settling at a remote horse ranch in the Blue Ridge Mountains of northern Georgia, putting much-needed distance between himself and the former love of his life. But then Noah gets a letter from the IRS claiming he and Josephine are still married. When he confronts Josephine for the first time in months, they discover that she missed the final step in filing the paperwork and they are, in fact, still married.

Josephine is no happier about the news than Noah. Maybe the failed marriage—and okay, the botched divorce—was her fault, but her heart was shattered right alongside his, more than he would ever believe. The sooner they put this marriage behind them, the better for both of their sakes.

But when Josephine delivers the final paperwork to his ranch, the two become stranded in his cottage during the worst spring snowstorm in a decade. Being trapped with Josephine is a test of Noah’s endurance. He wrestles with resentment and an unmistakable pull to his wife—still beautiful, still brave, and still more intriguing than any woman he’s ever known.

As they find themselves confronted with each other and their shared past, old wounds surface and tempers flare. But when they are forced out into the storm, they must rely on each other in a way they never have before. Josephine finally opens up about her tragic past, and Noah realizes she’s never been loved unconditionally by anyone—including him. Will Noah accept the challenge to pursue Josephine’s heart? And can she finally find the courage to trust Noah?

Former free spirit Zoe Collins swore she’d never again set foot in Copper Creek or speak to the man who broke her heart. But return she must when her beloved Granny dies, leaving the family legacy to Zoe—a peach orchard nestled at the base of the Blue Ridge Mountains.

When Zoe returns home with her daughter and boyfriend Kyle, she finds that she’s the only person in town who doesn’t expect her to give up the life she’s established far away from Copper Creek. Everyone believes she was born to run the orchard, but how can she make it her home after so many years?

Cruz Huntley never quite got over his first love, Zoe Collins, the little sister of his best friend Brady. Not when she cheated on him during their “break,” not when she took off to parts unknown with good-for-nothing Kyle Jenkins, and not even now—five years later.

As life-changing decisions and a history with Cruz hang over Zoe’s head, tensions rise between her and Kyle. Even as she comes to terms with the shifting relationships in her life, Zoe still isn’t sure if she can remain in Copper Creek with her new responsibilities . . . and her first love. 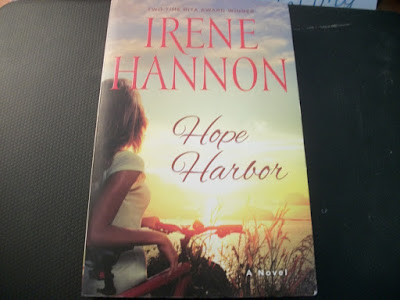 Tracy Campbell never wanted to leave Hope Harbor, Oregon, or the idyllic three-generation cranberry farm where she grew up. But life–and love–altered her plans.

When tragedy strikes and changes her plans yet again, she finds herself back in her hometown with a floundering farm to run and a heartbreaking secret. Romance is not on her agenda. Nor is it on Michael Hunter’s. The visitor from Chicago has daunting secrets of his own. But when Tracy recruits him to help save a struggling charitable organization, the winds of change begin to sweep through Hope Harbor, bringing healing, hope, and love to countless lives–including their own.

Colletta
Posted by collettakay at 10:04 PM