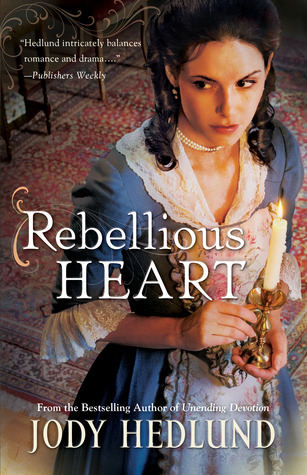 Because she's a woman, higher learning was always closed to Susanna Smith. But her quick mind and quicker tongue never back down from a challenge. And she's determined to marry well, so she'll be able to continue her work with the less fortunate.

Growing up with little to his name, poor country lawyer Benjamin Ross dreams of impacting the world for the better. When introduced to the Smiths he's taken by Susanna's intelligence and independent spirit, but her parents refuse to see him as a suitor for their daughter.

When the life of a runaway indentured servant is threatened, Susanna is forced to choose between justice and mercy, and Ben becomes her unlikely advisor. But drawing closer to this man of principle and intellect lands her in a dangerous, secret world of rebellion and revolution against everything she once held dear. 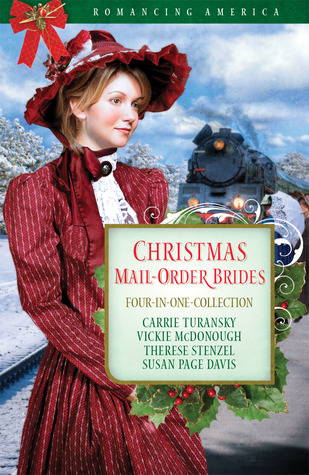 Ride the transcontinental railroad as marriage arrives by mail-order—and just in time for Christmas. Annika arrives in Wyoming to discover her intended is missing. Jolie’s journey to Nevada is derailed by disaster. Elizabeth carries a load of secrets to Nebraska. And Amelia travels to California to wrap up her final attempts at matchmaking. Will the holiday season be the ticket to spark love in unexpected ways?

A TRUSTING HEART by Carrie Turansky
Swedish immigrant Annika Bergstrom travels to Wyoming as a mail order bride, but when her prospective groom, Chase Simms, disappears, she finds herself falling in love with his brother Daniel. Will she take hold of her chance for love, or wait for the man she has promised to marry?

THE PRODIGAL GROOM by Vickie McDonough
Jolie Addams is 18 and must leave the orphanage she grew up in. The headmaster has arranged for her to work for a lecherous benefactor. She decides to become a mail-order bride to escape what she fears would be a dreadful existence. But on the way to Nevada, her stage is robbed. She and a wounded passenger are stranded. They are rescued the next day, but Jolie’s intended refuses to marry her after she spent the night alone with Clay Jackson. She and Clay are forced to marry. Can a relationship and love grow from such an awful beginning?

HIDDEN HEARTS by Therese Stenzel
After facing a series of tragic events, Elizabeth Lariby agrees to become a mail-order bride. Hoping to build a new life in Nebraska, she is determined to hide her grief-stricken heart from her new husband. Driven to be a success, Zane Michaels quietly obtains a wife through a mail-order bride society, but feels he must hide his past and his recent wealth from his new wife. When their secrets are revealed, will their fledgling marriage survive?

MRS. MAYBERRY MEETS HER MATCH by Susan Page Davis
Amelia Mayberry’s rewarding career as a matchmaker is winding down. She’d like to close shop and spend her sunset years in peace. There’s only one unfinished piece of business—an unsatisfied customer for whom she needs to set things right. The question is: will Lennox Bailey allow her to make amends?
~~~~~~~~~~~~~~~~~~~~~~~~~~~~~~~~~~~~~~~