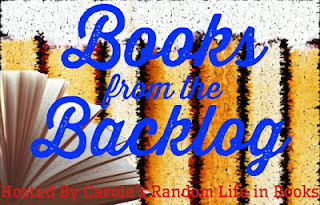 Books from the Backlog hosted by Carole's Rand Life in Books is a fun way to feature some of those neglected books sitting on your bookshelf unread.  If you are anything like me, you might be surprised by some of the unread books hiding in your stacks.
This week's neglected book is: 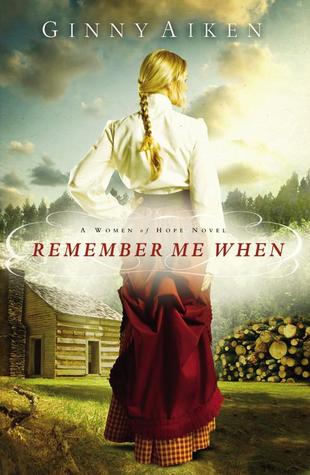 Remember Me When  by Ginny Aiken
Series: Women of Hope #2
Publication Date:    June 18, 2013
Publisher: Faithwords
Blurb:
Inspired by the biblical story of Abigail in 1 Samuel, a Christian woman stands up for what is right, despite life-threatening consequences.

When Faith married her husband Roger Nolan he seemed to be an upstanding businessman, owner of a remote mercantile outside the town of Bountiful, Oregon. But Faith quickly learned the truth-that her husband is dishonest in his business practices and likes his liquor, turning mean when he indulges.

When Faith discovers that Roger has yet again failed to deliver critical winter supplies to Nathan Bartlett, owner of the nearby logging camp, she takes the order up the mountain herself. Furious, Roger confronts Faith when she returns, and she is knocked unconscious. When Faith wakes, she finds Roger dead in a pool of his own blood, and she soon stands accused of murder.

Having fought in the War Between the States, Nathan has seen enough violence to last a lifetime. He has always admired Faith's quiet strength and integrity and finds it hard to believe such a gentle woman capable of harming anyone. However, Nathan begins to struggle with his instinct to protect Faith when evidence mounts against her.

As more and more people begin to think Faith is guilty, only her trust in God can give her the hope she needs to survive this trial.
Why did I add Truth Stained Lies to my bookshelf:
I mean, common!  Did you read that blurb?  It sounds amazing!
What are your thoughts? Have you read this book?  Would you recommend it to others?
Colletta
Posted by collettakay at 11:24 PM