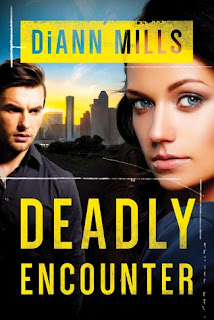 Blurb:
Airport Ranger volunteer Stacy Broussard expected a peaceful Saturday morning ride around the perimeter of Houston's airport. What she encounters instead is a brutal homicide and a baffling mystery. Next to the body is an injured dog, the dead man's motorcycle, and a drone armed with a laser capable of taking down a 747.
Though FBI Special Agent Alex LeBlanc sees a clear-cut case of terrorism, his past has taught him to be suspicious of everyone, even witnesses. Even bleeding-heart veterinarians like Stacy. But when her gruesome discovery is only the first in a string of incidences that throw her life into a tailspin, Alex begins to wonder if Stacy was targeted.
As a health emergency endangers Stacy's community, and the task force pulls in leads from all directions, Alex and Stacy must work together to prevent another deadly encounter.


My Thoughts:
I can't quite believe I'm finally writing a book review!  I think the last one I wrote was in the beginning of August.  Close to 2 months ago!
Anyhoo...  This is the first book in the the FBI Task Force series by DiAnn Mills.  I always love getting my hands on the first book of series!
This book was an amazing read.  I was on the edge of my seat (or bed) the entire time, especially once the action really got going.  And the action was there in spades.
I loved how Alex and his partner Ric would "talk through" their discoveries and the ins and outs of all the people and work that goes on behind the scenes of an investigation.
At first, Stacy seemed a bit flaky.  I mean, she found a dead guy and was more worried about a dog's paw that needed stitches.  But, as I got to know her character more, she had really deep emotions and depth.
Whitt's character was outstanding!  I don't want to give too much away but he was absolutely brilliant for a 12 year old :)
There was just enough of a hint of romance that was to come.  I liked how the case took precedence over the romance.  It made for a great romantic suspense.
I hope to get my hands on the rest of the series soon!
﻿
Colletta
Posted by collettakay at 9:26 PM