I am pleased to say that I am taking part in the above blog tour!  You can click on the picture to go find out more details about the book, the author and other tour stops.


I received this book in exchange for an honest review.  However, with my surgery this past week, I just couldn't focus my brain in order to read the book with the diligence it deserved.  I do apologize and hopefully will be able to post a review in the future.

For now, a promotion will have to do. 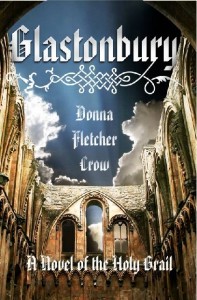 When Joseph of Arimathea and his little band of pilgrims sought asylum from Roman persecution they fled to Glastonbury — and carried with them the most sacred relic in all of Christendom.

This tiny, sheltered corner of Britannia — this holy “Isle of Avalon” — was also a place of refuge when King Arthur and his knights fought off the invading barbarian hoard and it became the King’s final resting place.

Centuries later, the discovery of Arthur’s bones in Glastonbury sparked a great flowering of the faith and yet more magnificent building — after a devastating fire nearly obliterated the work and worship of centuries.

Then, after the last abbot of Glastonbury was dragged to his death atop Glastonbury Tor, the Abbey’s splendid arches were left to crumble. And yet they still stand today — as beacons of hope for the future.

Two millennia of history and legend intertwine around Glastonbury’s broken arches. And through it all — through ages ancient and modern — the faithful have sought to answer the same question that Arthur asked: Where is the Holy Grail? 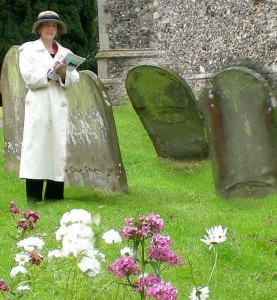 
Donna Fletcher Crow is the author of 40 books, mostly novels dealing with British history. The award-winning Glastonbury, A Novel of the Holy Grail, an Arthurian grail search epic covering 15 centuries of English history, is her best-known work. Donna and her husband live in Boise, Idaho. They have 4 adult children and 11 grandchildren. She is an enthusiastic gardener.

Donna is also the author of The Monastery Murders: A Very Private Grave and A Darkly Hidden Truth, as well as the Lord Danvers series of Victorian true-crime novels and the romantic suspense series The Elizabeth & Richard Mysteries. To read more about all of Donna’s books and see pictures from her garden and research trips go to: www.DonnaFletcherCrow.com.

Purchase your copy of Donna Fletcher Crow’s Glastonbury: A Novel of the Holy Grail at Barnes & Noble: http://www.barnesandnoble.com/w/glastonbury-donna-fletcher-crow/1103281249?ean=9781581341621