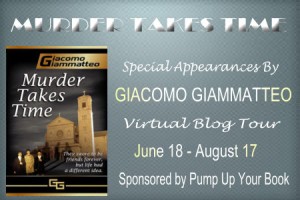 I am pleased to say that I am taking part in the above blog tour!  You can click on the picture to go find out more details about the book, the author and other tour stops.  I received this book from the author in exchange for my honest opinions about the book. 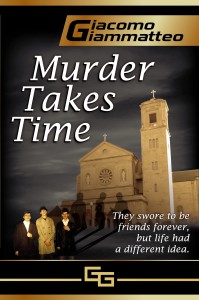 A string of brutal murders has bodies piling up in Brooklyn, and Detective Frankie Donovan knows what is going on. Clues left at the crime scenes point to someone from the old neighborhood, and that isn’t good.

Frankie has taken two oaths in his life—the one he took to uphold the law when he became a cop, and the one he took with his two best friends when they were eight years old and inseparable.
Those relationships have forced Frankie into many tough decisions, but now he faces the toughest one of his life; he has five murders to solve and one of those two friends is responsible. If Frankie lets him go, he breaks the oath he took as a cop and risks losing his job. But if he tries to bring him in, he breaks the oath he kept for twenty-five years—and risks losing his life.
In the neighborhood where Frankie Donovan grew up, you never broke an oath.

I read this book with an open mind.  Maffia/gang books aren't my usuall go-to reads, but the concept of 3 friends growing up together and promising to always have each other's backs was intriguing.

Once I got started reading, I was hooked.  I had to know what was going to happen next.  How would events play out for these life-time friends?

Frankie Donovan was my favorite character.  Maybe because he was technically a good-guy.  He grew up and became a detective even while trying to remain loyal to his childhood oath.

My favorite scenes were the ones containing Mamma Rosa.  She was the tie that connected the friends and held them together.

Frankie set the pen down and leaned back in his chair.  He didn't feel right telling this story.  Maybe that's why he couldn't get started.  People say that the past holds the key to the future.  Frankie didn't know how muc hof that was true, but he knew someone from the old neighborhood was involved with these crimes.
Page 16
It Would Have Been Better If:

There was a LOT of bad language in this book.  I guess that is to be expected due to the subject and the characters.  I would have rated it higher if there had been a way to get around that.

I Would Recommend This Book To:

Crime-show addicts, those who went to Catholic school, those of Italian and Irish descent, people who still have their best friends from childhood, mystery lovers.