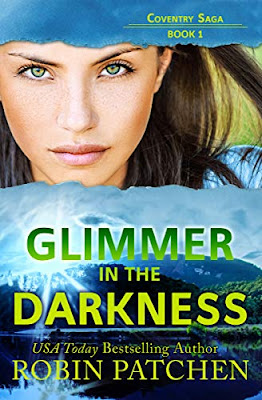 Blurb:
Nothing could get her home…but this.Cassidy Leblanc worked hard to shake off her tragic childhood. As a foster child with a mother in prison for murder, she was an outcast in her small New Hampshire town until she met James. But she and James’s sister, whom she was babysitting, were kidnapped. She escaped, but Hallie didn’t survive, and everybody assumed Cassidy killed her. Like mother, like daughter, after all. With public opinion and the authorities united against her, young Cassidy fled. Now, a decade later, another little girl has been kidnapped, and Cassidy may be the only person who can find her.He doesn’t know who to trust.James Sullivan never believed that Cassidy killed his sister, no matter what the authorities said. When his best friend’s daughter goes missing a decade after Hallie's murder, James keeps his opinions on the matter to himself. But when he finds Cassidy sneaking around his property, his thoughts turn dark. If she’s not behind the recent kidnapping, what is she doing back in Coventry? Her answer—that she’s returned to find little Ella, and she needs his help—has him reeling. Can he trust Cassidy, despite what the police tell him? If there’s any chance he can save Ella, he has to try.Danger lurks on the mountain.Together, they search for the elusive cave where Cassidy and Hallie were taken, but somebody will stop at nothing to make sure they don’t find it or, if they do, that they don’t come out alive.
First Lines:
My name is Ella, and I am precious.
56%/Page 56
"Cassy!" James's shout reverberated off the narrow stone passageway as he crawled out.
~~~~~~~~~~~
What I'll (Probably) Read Next: 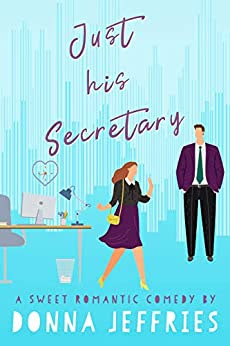 Blurb:
She's just his secretary…until he needs someone on his arm to convince his mother that he can take over the family business. Then Callie becomes Dawson's girlfriend—but just in his text messages…but maybe she'll start to worm her way into his shriveled heart too.Callie:Dawson Houser makes sure everyone who comes into the office knows I'm "just his secretary."Heck, I've even said it to suppliers and CEOs when they smile knowingly at the two of us during business meetings. He scowls and grumps around the office afterward, as if the two of us dating is the most ridiculous thing on the planet.Dawson can handle them. I can handle them—and him too, once they leave. And he's no picnic, let me tell you.Who can't we handle?His mother.When Lila Houser comes to town with her faux furs and fashion sunglasses, she only has one question for her spoiled rotten son: When are you going to get married, Dawson, darling?I expect him to laugh and tell her he's never getting married. I mean, I've heard those exact words come out of his mouth.Instead, he pulls me to his side and says, "Maybe sooner than you think, Mother."Oh, that Lila Houser can make a woman feel two inches tall with a simple up-down look. I think I'm a pretty good catch...no matter what my last three boyfriends say.When Lila says, "I thought Callie was just your secretary," I suddenly want to prove her dead wrong...Get ready to laugh out loud in this hilarious, sweet workplace romantic comedy! The romance is clean, the jokes witty, and the office grump swoon-worthy.
~~~~~~~~~~
Book Haul: 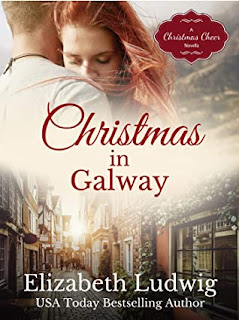 ~~~~~~~~~~
Book Blogger Hop:
Q.  What spooky creature and/or setting do you never get tired of reading about? (submitted by Nicci @ Sunny Buzzy Books)
A. I'm going to be the odd woman out this week!  I do NOT like ready spooky things of any kind especially those that involve creatures.  I do like a good suspense though :)
~~~~~~~~~~
Bookishly Yours,