This week's topic is:

The hubby was on second shift last week so I did a lot of binge watching my favorite TV shows that had begun piling up in the DVR.  Here are a few of my favorites :
Prodigal Son!
This is probably my favorite show!  It is in its second season and I haven't missed a single episode.  Technically I don't really binge watch this show because I watch it soon after it airs.  Best show ever!
NCIS!
This show I ended up binge watching about 4 episodes in a row to get caught up.  The original NCIS (the one I'm talking about) is my favorite.  I've tried to get caught up in the other NCIS spinoffs but Mark Harmon remains my favorite :)
FBI!
I think this is the second season for FBI.  Maybe the third...  I had around 6-7 episodes to watch.  It took me two evenings to get caught up.  I love Maggie and OA's characters as well as Jubal and the JOC.  Love this show :)
FBI:  Most Wanted
This show is a spin-off "FBI".  I still have a few episodes to catch up on.  I like "Most Wanted" but I like the original a tad more...
A few more:
There are a few new shows that we have DVR'd but haven't started yet.  They are "Clarice", "Debris" and "The Equalizer".
So, what are some TV shows that you binge watch(ed)? 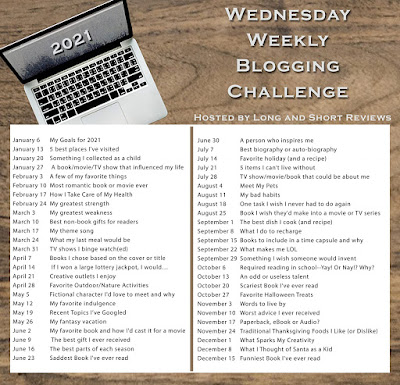