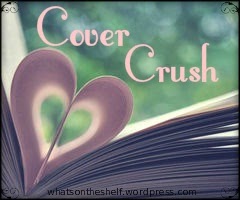 Cover Crush is a new meme over at On The Shelf where beautiful and eye-catching covers are spotlighted! Any cover can be showcased whether it be old or new, read or still sitting in your TBR stack.
~~~~~~~~~~~~~~~~~

My Cover Crush this week is:

Sophie has spent a lifetime guarding her heart and a long-held secret. It will take all of her courage to speak the truth and embrace the future God has planned for her.

The year is 1886, and Sophie Robillard returns to Hickory Ridge, Tennessee, after living in Texas for 15 years as the ward of Ada and Wyatt Caldwell. Now that the town's population has exploded, her intention is to reopen the long-defunct newspaper office that so captivated her when she was still an orphan. The rejection she experienced as a child because of her mixed parentage has left deep scars that she hopes can be healed by succeeding in this new venture.


Ethan Heyward was uprooted from his home as a boy following an unspeakable tragedy. Horace Blakely, a millionaire businessman, took Ethan under his wing and eventually put him in charge of the construction and opening of Blue Smoke resort in Hickory Ridge.


They meet when Sophie arrives at Blue Smoke to interview Ethan for her newspaper. As their attraction deepens, each hides a secret that, if revealed, could end their relationship.

What are your thoughts on the cover of this book?

Posted by collettakay at 9:54 AM