Book Review: "There's Something About Christmas" by Debbie Macomber 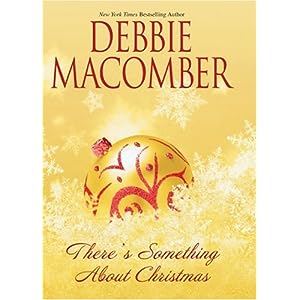 A smalltown Washington reporter learns to love fruitcake in Macomber's chick-lit take on A Christmas Carol. Emma Collins ("kinda cute in an uptight sort of way") hopes that writing obituaries and selling ads for the Puyallup Examiner will lead to a journalism career.

Instead, her first plum assignment—interviewing three finalists in a national fruitcake recipe contest—lands her in the cockpit of devil-may-care pilot Oliver Hamilton, whose good looks and charm remind her of her shiftless father. Despite Emma's fear of flying, Oliver takes her to Yakima, Colville and the San Juan islands to meet three women who all figure that when life gives you lemons (or anything else), make fruitcake.

While she tries to capture in print lessons learned from the three cooks, Oliver's plane is grounded by a snowstorm, Emma and Oliver kiss, she gets thrown out of her apartment trying to rescue a stray dog, he falls in the water trying to rescue her and she decides Christmas isn't as bad as she thought.

It all adds up to another tale of romance in the lives of ordinary people, with a message that life is like a fruitcake: full of unexpected delights.

I give this my highest compliment of "It made me want to try fruitcake".  And that is saying something!

Posted by collettakay at 6:32 AM