Come join Terri @ Your Friend From Florida every Wednesday. 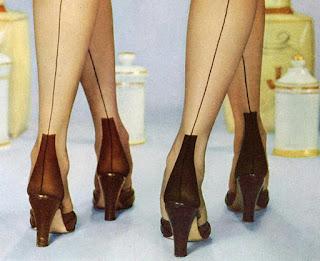 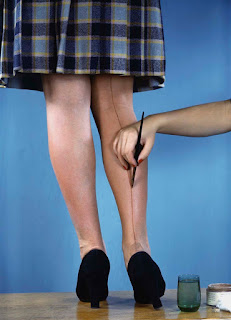 I guess wearing make-up and dying my hair would have to count!
3.  Women actually rioted after WWII because Dupont couldn't keep up with the demand for nylon stockings!  Is there anything today you would riot for if the supply dried up (other than basic food and water needs)?
I can't imagine myself rioting for anything but that might be because I've never had to do without. 4.  Pantyhose were first called Panty Legs.  I'm sure we all have worn pantyhose at one time or another (again, men don't have to answer). Do you still have a pair or three in a drawer?  Do you wear them?
I don't think I even own a pair!
5.  This is also National Chocolate Chip Day.  Perhaps chocolate is something to riot for if we ran out?  Joe's favorite cookie is chocolate chip.  What is yours?
Now this is a day I could talk about!  My favorite cookie is Chocolate Chunk with the big chunks of chocolate :)
6.  Please share something with us about your week.
Kaylee get her wisdom teeth taken out tomorrow.  She is all kinds of nervous!  I keep telling her it will be alright but she's only 17 years old and has never had any kind of procedure done before.  Prayers would be greatly appreciated!
---Also, I've re-opened my Etsy shop, Colletta's Kitchen Sink .  I'd love if you'd stop by :)---
Colletta