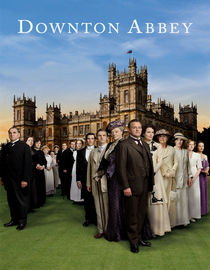 Synopsis as per www.PBS.org

The fair has come to town, and with it comes romantic hopes for several Downton Abbey inhabitants. In a triumph of the absurd, Violet asks a baffled Matthew to use his legal acumen to dissolve the entail — the very document by which he is to inherit Downton Abbey. Matthew's findings and his hopes for Downton cement his growing closeness with Robert, and a new warmth suffuses his encounters with Mary. But Mary's thaw doesn't extend to her sister Edith, as their competition becomes crueler. Cora simply wants Mary married, but newly circulating rumors may hinder that aspiration. Meanwhile, Violet's power struggle with Isobel moves from the hospital grounds to the annual flower show as Isobel casts her democratizing gaze upon Violet's prize-winning roses.


A kind gesture by Bates is not lost on Anna; but he cryptically professes to not being capable of more. Sybil discovers the politics of gender and class, with the help of the socialist chauffeur, Branson, and Carson discovers that several valuable bottles of wine have gone missing. The vulnerable kitchen maid Daisy, under increased pressure and ire from a fretful Mrs. Patmore, possesses a dangerous secret that she learned upstairs.

I think this was my favorite episode so far.  I'll be really sad when this mini-series is over.  I'd actually liked to have seen it be a regular series.  TV needs something a little different.

I'm really growing to like Matthew and hope that Mary does also.  There is a hint of it in this episode but she blows it by flirting with another man.

Whoo!  That Edith is very vengeful.  She got the dirt on Mary and is actually writing to the Turkish Ambassdor to rat her out!  Very bold!

Thomas is really getting on my nerves so is O'Brien.  They are just plain hateful and vindictive.  Poor William.  He likes Daisy and Thomas knows and is doing everything he can just to spite William.  Creep.

The love story between Bates and Anna is just heartbreaking.  I wonder if he is still married or just doesn't think he can love her because he isn't worthy in some way.

One of my favorite moments is when the Dowager gives up the Rose Trophy to the father of Matthew's butler.  I can't remember his name.  He was so happy!  I almost cried!  It actually made me like Violet a bit.
Have you been watching this mini-series?  What have you thought about it?

Posted by collettakay at 5:30 AM